More mysteries will be solved on Blu-ray in September. Pre-orders are now live.

In an early announcement to retailers, Acorn Media is preparing 'Midsomer Murders: Set 26' for Blu-ray on September 15.

Inspector Barnaby investigates murder mysteries in Middle England. Based on the novels by Caroline Graham. The set is expected to include 'The Dagger Club,' 'Murder By Magic,' 'The Ballad of Midsomer,' and 'A Vintage Murder.' Starring Neil Dudgeon and Gwilym Lee.

You can find the latest specs for 'Midsomer Murders: Set 26' linked from our Blu-ray Release Schedule, where it's indexed under September 15. 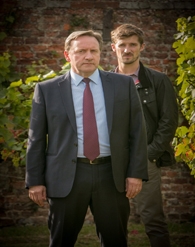