A film set in the Breaking Bad franchise is in the works.

According to a report by The Hollywood Reporter, Vince Gilligan is developing a new two-hour Breaking Bad film. Gilligan previously served as the creator and showrunner of the original series, and is also the co-creator of the current spin-off series Better Call Saul.

Details on the proposed project are currently scarce, and it's not yet clear whether the film is being planned for a theatrical or television debut. Likewise, it's unknown if the plot will take place before or after the events of the original show or if series stars Bryan Cranston or Aaron Paul will reprise their character. And though a full plot synopsis has not been released yet, according to The Hollywood Reporter's sources, the story will "follow the escape of a kidnapped man and his quest for freedom." For those familiar with how the original show ended, this detail could indicate a focus on the character of Jesse Pinkman following the series finale. 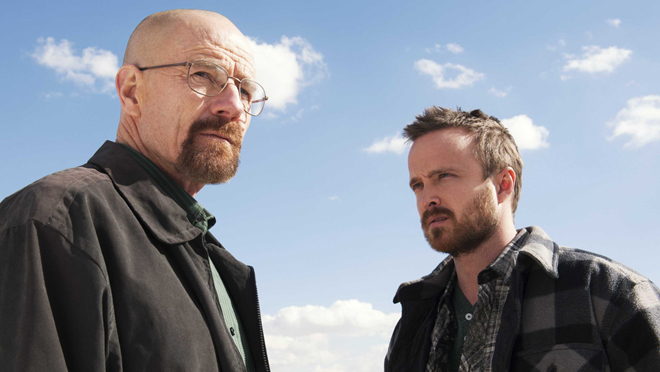 Vince Gilligan is expected to write, executive produce, and potentially direct the film. Meanwhile, Breaking Bad executive producers Mark Johnson and Melissa Bernstein are also reportedly involved. Though Gilligan, Sony, and AMC have not confirmed the movie's existence just yet, production is rumored to begin later this month in New Mexico under the likely fake title of Greenbrier.

Breaking Bad originally premiered on AMC in 2008 and ran for five seasons. Meanwhile, the spin-off series Better Call Saul recently finished its fourth season and is set to return for a fifth season next year.

If the rumored Breaking Bad film is indeed being eyed for a television debut on AMC, the move would align nicely with other recent news involving a series of Walking Dead TV movies being developed for the network.