"The Merc with a Slightly Cleaner Mouth" is hitting theaters in December.

20th Century Fox has released a trailer for its upcoming PG-13 re-release of Deadpool 2 dubbed Once Upon a Deadpool. This reconfigured version will cut down on the original film's R-rated profanity and violence while also adding some fresh footage here and there in the form of a playful new framing device.

The limited engagement release will premiere in theaters on December 12 and will run until Christmas Eve. The recently shot framing device was filmed in just one day and will consist of eight scenes interspersed throughout the flick. These sequences take their inspiration from Rob Reiner's The Princess Bride, and will feature Deadpool kidnapping Fred Savage in order to tell him a bedtime story. Savage originally starred in The Princess Bride as a child being read a book by his grandfather. Actor Ryan Reynolds came up with the appropriately meta concept along with Deadpool 2 screenwriters Rhett Reese and Paul Wernick.

Though the Deadpool films are famous for their irreverent and outrageous R-rated antics, the PG-13 cut will allow the movie to reach a larger and younger audience. Likewise, the new edit is seen as a way of testing out a more Disney-friendly version of the franchise in anticipation of Fox's upcoming acquisition by the company. It's not yet clear what Disney's Marvel Studios has in mind for the character, and this could be a way to see if Wade Wilson is a viable fit for the MCU.

With that said, the decision to pull the trigger on a PG-13 Deadpool 2 didn't come lightly to star Ryan Reynolds. Speaking to Deadline, Reynolds said, "Fox has been asking for a PG-13 basically since the start in 2006. I've said no since 2006. Now, this one time, I said 'Yes' on two conditions. First, a portion of the proceeds had to go to charity. Second, I wanted to kidnap Fred Savage. The second condition took some explaining…"

On that note, for every ticket sold to Once Upon a Deadpool, $1 will go to the F-ck Cancer campaign (which will be known as "Fudge Cancer" for the fundraising promotion). Meanwhile, it's not yet clear exactly how long the new Fred Savage scenes will be, but factoring in all the necessary cuts and newly added footage, the revamped PG-13 version will end up running about three minutes shorter than the original R-rated edit.

Finally, for fans who still prefer their superhero flicks with plenty of blood, guts, and f-bombs, the R-rated cut of Deadpool 2 is now available on 4K Ultra HD Blu-ray and Blu-ray. 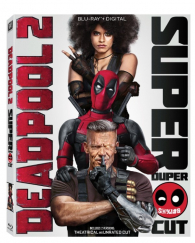 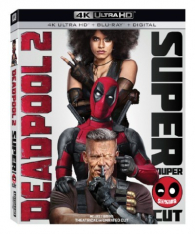