All three releases will hit stores next week.

From visionary director Tim Burton, and based upon the best-selling novel, comes an unforgettable motion picture experience. When Jake discovers clues to a mystery that spans alternate realities and times, he uncovers a secret refuge known as Miss Peregrine's Home for Peculiar Children. As he learns about the residents and their unusual abilities, Jake realizes that safety is an illusion, and danger lurks in the form of powerful, hidden enemies. Jake must figure out who is real, who can be trusted, and who he really is.

Each release will feature a lossless 7.1 soundtrack (Dolby Atmos on the Ultra HD Blu-ray) and supplements include: The Peculiar Story – Join author Ransom Riggs and the cast & crew as they discuss how this best-selling series was brought to life; The Peculiars – Meet the cast in this behind-the-scenes piece, including 15 character pods; Hollows And Ex-Hollows – Explore the role of the Hollows, led by Barron (Samuel L. Jackson,) and the process of creating these ferocious creatures; Map Of Days – Miss Peregrine's Home & Blackpool Tower; "Wish That You Were Here" – Florence + The Machine Music Video; and Gallery – Never-Before-Seen Sketches by Tim Burton and Photographs.

You can find the latest specs for 'Miss Peregrine's Home for Peculiar Children' linked from our Blu-ray Release Schedule, where it is indexed under December 13. 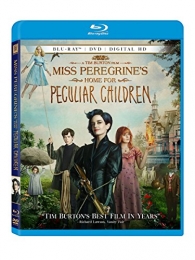 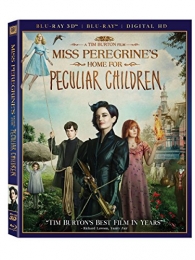 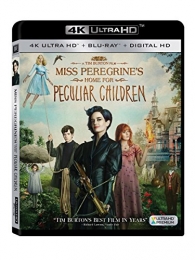