The animated feature based on the comic strip by Charles M. Schulz will arrive on both the Blu-ray formats on March 8.

In an early announcement to retailers, 20th Century Fox says 'The Peanuts Movie' will arrive on Blu-ray and Blu-ray 3D on March 8.

In THE PEANUTS MOVIE, good ol' Charlie Brown, Snoopy, Lucy, Linus and the rest of the beloved Peanuts gang appear as you've never seen them before in a brand-new feature film from the imagination of Charles M. Schulz and the creators of Ice Age. Join everyone's favorite eternal optimist, Charlie Brown, as he embarks on a heroic quest, while his beagle pal Snoopy takes to the skies to pursue his arch nemesis, the Red Baron. It's a hilarious and heart-warming adventure!

You can find the latest specs for 'The Peanuts Movie' linked from our Blu-ray Release Schedule, where it is indexed under March 8. 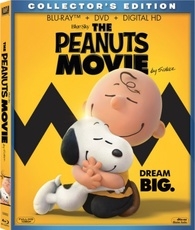 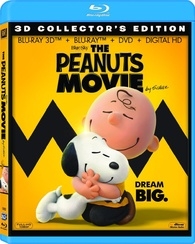