The colorful magical journey will embark on Blu-ray this January.

In an early announcement to retailers, 20th Century Fox will be bringing 'The Book of Life' to Blu-ray and Blu-ray 3D on January 27.

'The Book of Life' is a breathtaking animated comedy with a dazzling visual style unlike anything you've seen before. Torn between the expectations of his family and the desires of his heart, a young man named Manolo sets off on an epic quest that spans three spectacular worlds in order to reunite with his one true love and defend his village. Not your ordinary fairy tale, 'The Book of Life' is a wondrous fantasy-adventure filled with magic, music, and fun!

Each combo pack will be loaded with supplements including The Adventures of Chuy, Music Machine, “No Matter Where You Are” Music Video by Us The Duo, Audio Commentary by Jorge R. Gutierrez, Galleries, as well as three Blu-ray exclusives - Closer Look At The Book of Life, The Music of Life, Digital Carpenters: The Art Direction of The Book of Life.

You can find the latest specs for 'The Book of Life' linked from our Blu-ray Release Schedule, where it is indexed under January 27. 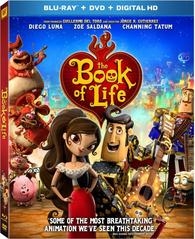 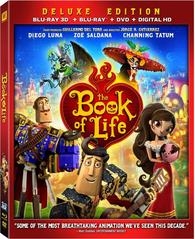