The first six seasons of the FX drama are getting the collector's set treatment on Blu-ray in November.

In an early announcement to retailers, 20th Century Fox is preparing 'Sons of Anarchy: The Collector's Set' for Blu-ray on November 11.

'Sons of Anarchy' is an adrenalized drama with darkly comedic undertones that explores a notorious outlaw motorcycle club's (MC) desire to protect its livelihood while ensuring that their simple, sheltered town of Charming, California remains exactly that, charming. The MC must confront threats from drug dealers, corporate developers, and overzealous law officers. Behind the MC's familial lifestyle and legally thriving automotive shop is a ruthless and illegal arms business driven by the seduction of money, power, and blood. This Collector's Set includes the first 6 seasons and a slot for the final 7th season. 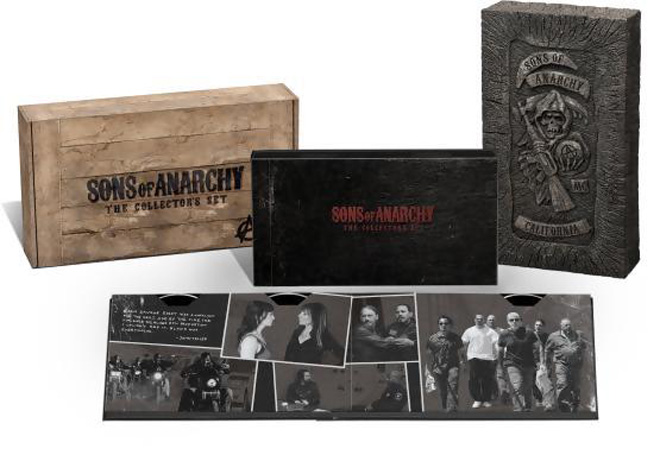 You can find the latest specs for 'Sons of Anarchy: The Collector's Set' linked from our Blu-ray Release Schedule, where it's indexed under November.

Discs mentioned in this article: (Click for specs and reviews)
Sons of Anarchy: The Collector's Set (Blu-ray)