The science fiction thriller will be getting the 4K UHD treatment this year.

In an early announcement to retailers, 20th Century Fox is preparing 'Prometheus' for Ultra HD Blu-ray sometime later this year.

The crew of a spaceship embark on a voyage to a distant planet in hopes of discovering the origins of the human race, but instead they unleash a horrifying menace that could spell mankind's extinction.

You can find the latest specs for 'Prometheus' linked from our Ultra HD Blu-ray Release Schedule, where it's indexed under PENDING. 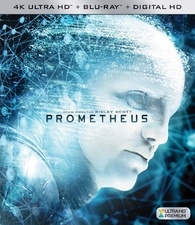