The raunchy comedy heading to Blu-ray and Ultra HD Blu-ray in September has now been fully detailed.

You are cordially invited to the comedy event of the year! In order to avoid embarrassing their family, hard-partying brothers Mike (Adam Devine) and Dave (Zac Efron) place an online ad to find "respectable" dates for their sister's Hawaiian wedding. Instead, the boys find themselves out-hustled by an uncontrollable duo (Anna Kendrick, Aubrey Plaza). Based on hilarious true events, Mike and Dave Need Wedding Dates is the perfect marriage of over-the-top humor and outrageous fun! 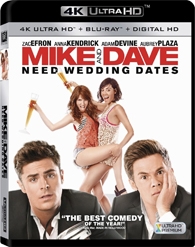 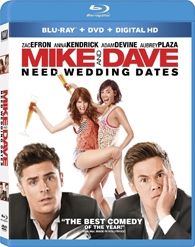