In an early announcement to retailers, 20th Century Fox is preparing 'Keeping up with the Joneses' for Blu-ray and Ultra HD Blu-ray on January 17.

Go deep undercover in this hilarious action-comedy with an all-star cast including Zach Galifianakis, Jon Hamm, Isla Fisher and Gal Gadot. An ordinary suburban couple finds it’s not easy keeping up with the Joneses — their impossibly attractive and ultra-sophisticated new neighbors — especially when they discover Mr. and Mrs. Jones are covert spies embroiled in international espionage.

- Deleted Scenes – Four hilarious deleted scenes, plus the original opening
- Spy Game – The stars reveal their roles in the car chases, love story and goofy bromance that melded into the perfect blend of ‘burbs and bullets
- Keeping Up With Georgia – Go on location and see how Georgia doubled as the backdrop for both a sleepy, idyllic neighborhood and a stunt-filled setting for spycraft 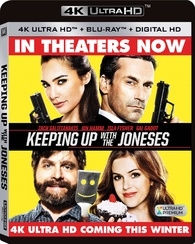 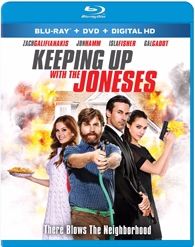