Kevin McCallister will return to Blu-ray in October.

In an early announcement to retailers, 20th Century Fox is preparing 'Home Alone: Ultimate Collector's Edition' for Blu-ray on October 6.

Celebrate 25 years of holiday hijinks and hilarity with the ultimate Home Alone Collection including all 5 movies together for the first time! Start with the original blockbuster hit comedy starring Joe Pesci, Daniel Stern and Macaulay Culkin as Kevin McCallister an adorable eight-year-old determined to defend his house against burglars using an outrageous array of ingenious booby traps. Then gather the whole family for a fun-filled Home Alone marathon with 4 side-splitting sequels packed with even more techo-gadgets, awesome ambushes and crime-stopping wizardry! 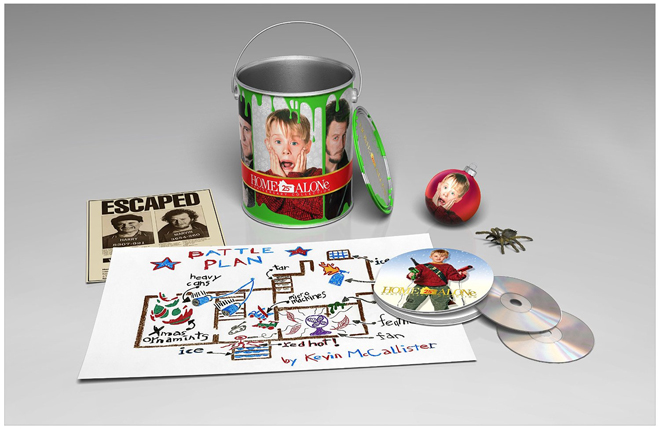 Full specs have not been announced yet, but 'Home Alone' will feature a 4K restoration. Supplements will include more than 2 hours of special features, collectible ornament, fake spider, Battle Plan and Wanted posters all in a limited-edition paint can package!

You can find the latest specs for 'Home Alone: Ultimate Collector's Edition' linked from our Blu-ray Release Schedule, where it's indexed under October 6. 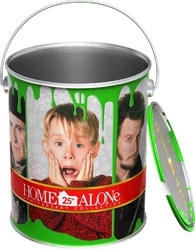