The first season of the hit show is getting the special edition treatment on Blu-ray in November. You can pre-order the series here.

In an early announcement to retailers, 20th Century Fox is preparing 'Empire: The Complete First Season - Gold Record Edition' for Blu-ray on November 3.

From the award-winning Lee Daniels, Brian Grazer and Danny Strong, comes a genuine cultural phenomenon (The Village Voice). After music mogul Lucious Lyon (Oscar® Nominee Terrence Howard) is diagnosed with a potentially fatal disease, he must choose which of his three sons will succeed him at the legendary EMPIRE entertainment company. The game changes when ex-wife Cookie (Oscar® Nominee Taraji P. Henson) returns from prison. This groundbreaking series features a pulsating soundtrack from legendary music hit maker Timbaland. Own this Blu-RayTM release that includes uncut performances plus the never-before-seen Lee Daniels director's cut of the pilot. 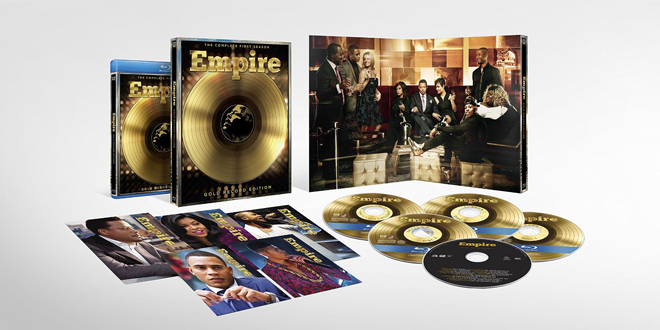 The Blu-ray will feature 1080p video, a DTS-HD MA 5.1 soundtrack, and supplements will include: Pilot Episode – Director’s Cut; Exclusive Soundtrack Including Never-Before-Released Songs; Collectible Packaging for the Ultimate 'Empire' Fan!; Featurette: EMPIRE: It’s in the Music; Featurette: The EMPIRE of Style; Commentary on the "Pilot"; and Uncut Music Performances.

You can find the latest specs for 'Empire: The Complete First Season - Gold Record Edition' linked from our Blu-ray Release Schedule, where it's indexed under November 3. 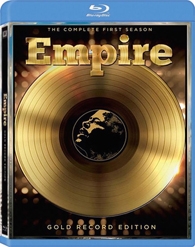