The thriller co-stars Rosamund Pike, Neil Patrick Harris, and Tyler Perry and will be available in January. You can pre-order it now.

As previously reported, 20th Century Fox will be releasing 'Gone Girl' on Blu-ray in the near future, and now the date has been set for January 27.

Based upon the global bestseller by Gillian Flynn, Gone Girl unearths the secrets at the heart of a modern marriage. On the occasion of his fifth wedding anniversary, Nick Dunne (Ben Affleck) reports that his beautiful wife, Amy (Rosamund Pike), has gone missing. Under pressure from the police and a growing media frenzy, Nick's portrait of a blissful union begins to crumble. Soon his lies, deceits and strange behavior have everyone asking the same dark question: Did Nick Dunne kill his wife?

You can find the latest specs for 'Gone Girl' linked from our Blu-ray Release Schedule, where it's indexed under January 27. 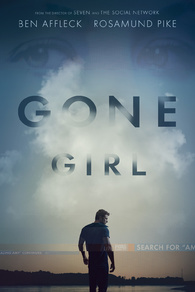