The film nominated for seven Golden Globes and starring Michael Keaton, Emma Stone, and Edward Norton will soar to Blu-ray in February.

In an early announcement to retailers, 20th Century Fox will be releasing 'Birdman' on Blu-ray on February 17.

'Birdman or The Unexpected Virtue of Ignorance' is a black comedy that tells the story of an actor (Michael Keaton) -- famous for portraying an iconic superhero -- as he struggles to mount a Broadway play. In the days leading up to opening night, he battles his ego and attempts to recover his family, his career, and himself.

You can find the latest specs for 'Birdman' linked from our Blu-ray Release Schedule, where it is indexed under February 17. 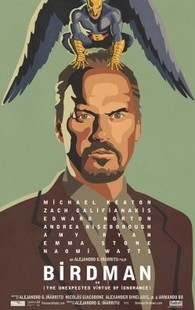