Kiefer Sutherland returns as Jack Bauer on Blu-ray this September. Pre-order the release at Amazon!

As previously reported, 20th Century Fox is preparing '24: Live Another Day' for Blu-ray in the next few months, and now the date has been set for September 30.

Set and shot in London, the suspenseful event series once again follows the exploits of heroic agent JACK BAUER (Sutherland). Four years ago, Jack was a fugitive from justice. Now an exile, he nevertheless is willing to risk his life and freedom to avert yet another global disaster. Tracking Jack are CIA head STEVE HARRIS (Benjamin Bratt, "Law & Order"); CIA agent KATE MORGAN (Yvonne Strahovski, "Dexter"), who is both resourceful and ruthless; JORDAN REED (Giles Matthey, "Jobs"), a smart and sophisticated CIA computer tech; and ERIK RITTER (Gbenga Akinnagbe, "The Wire"), a sharp, strong and arrogant field operative.

The release will feature 1080p video, a lossless 5.1 soundtrack, and supplements include: "Worlds Collide: When Reality Becomes Fiction" – How the "24: Live Another Day" storyline is ripped from today's headlines; "Destination London" – featurette on shooting in London; "Green Production" – behind-the-scenes piece on the environmental responsible production of "24: Live Another Day"; Deleted and Extended Scenes; and the Blu-ray exclusive "24: Solitary" – story extension to "24: Live Another Day".

You can find the latest specs for '24: Live Another Day' linked from our Blu-ray Release Schedule, where it is indexed under September 30. 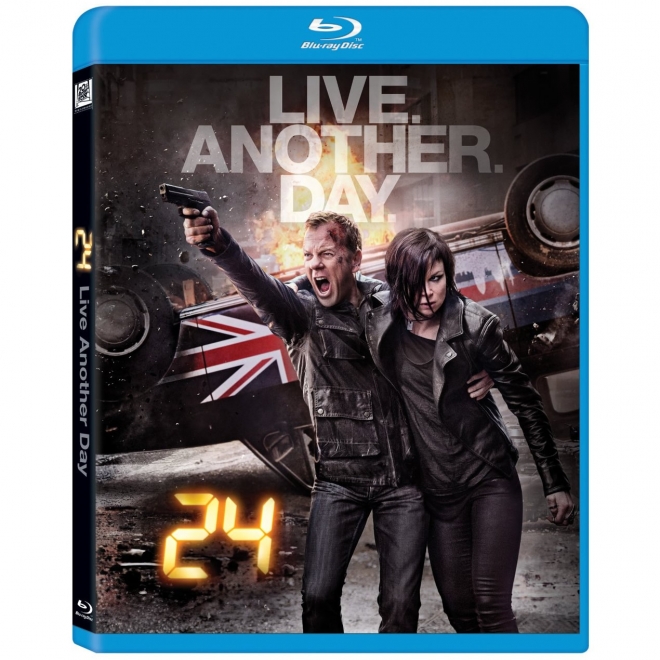