The critically-acclaimed adventure film arrives on both formats next month.

Touted as, “One of the best kids’ adventure movies in recent memory” (Matt Goldberg, Collider), and Certified Fresh™ on Rotten Tomatoes®, 20th Century Fox's The Kid Who Would Be King will be available on 4K Ultra HD Blu-ray and Blu-ray on April 16.

Alex thinks he’s just another nobody, getting bullied at school and told what to do by his teachers, until he stumbles upon the mythical Sword in the Stone, Excalibur. Now, with the help of the legendary wizard Merlin, he must unite his friends and school yard enemies into an allied band of knights to defeat the wicked enchantress Morgana. With the future at stake, Alex must become the great leader he never dreamed he could be and save the world.

The 4K release will feature a Dolby Atmos soundtrack and supplements on both releases will include:

Origins of a King

You can find the latest specs for The Kid Who Would Be King linked from our 4K and Blu-ray Release Schedules, where it is indexed under April 16. 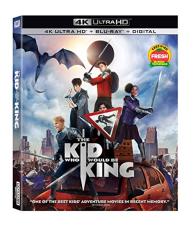 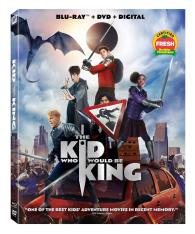