It's an old story. The brightest and best talent in Hollywood comes together for a surefire hit only to see their best efforts and millions of dollars in production costs burn out in the box office flames. Whether the audience failed to connect with the project or if critics "just didn't get it," there are hundreds of great films that have endured this fate. However, with the emergence of the home video market over the last thirty years, countless movies have been saved from obscurity to become certifiable classics.

Here are our picks for 10 Best Box Office Bombs of All Time (in no particular order)... 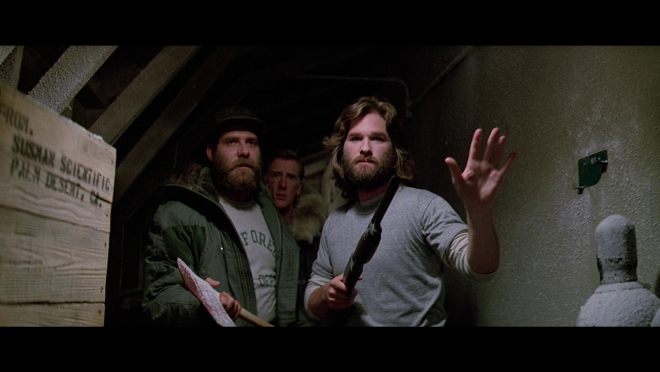 Universal Studios was banking on 1982 to be "The Year Of The Alien" with their near back-to-back releases of Steven Spielberg's E.T. The Extra-Terrestrial and John Carpenter's The Thing. Released only two weeks apart from one another, critics and audiences ate up the family friendly E.T. turning it into one of the biggest block busters of all time while outright rejecting The Thing and the film's dour setting and themes. While E.T. has and will always remain a classic, home video gave audiences and critics a second crack at The Thing allowing the flick to find its proper audience and earn its place as a staple of horror science fiction. 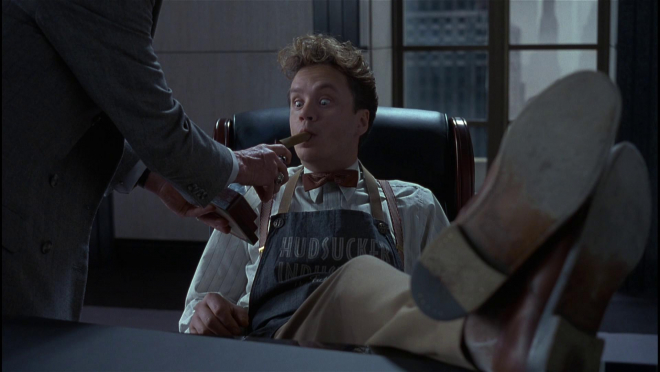 After the tense and brooding Blood Simple and the wildly weirdly hilarious Raising Arizona, The Coen Brothers were a hot ticket in Hollywood. However, that box office goodwill quickly faded with a string of back-to-back under-performers Miller's Crossing, Barton Fink, and culminating in the financially disastrous The Hudsucker Proxy. Earning barely $3,000,000, a mere ten percent of its production budget, The Hudsucker Proxy put The Coen Brother's filmmaking careers against the ropes. Thankfully some strong rentals and the success of a little dark comedy called Fargo helped to not only right the careers of the Coen's but also allow folks to take another look at their crazy satire of corporate America. 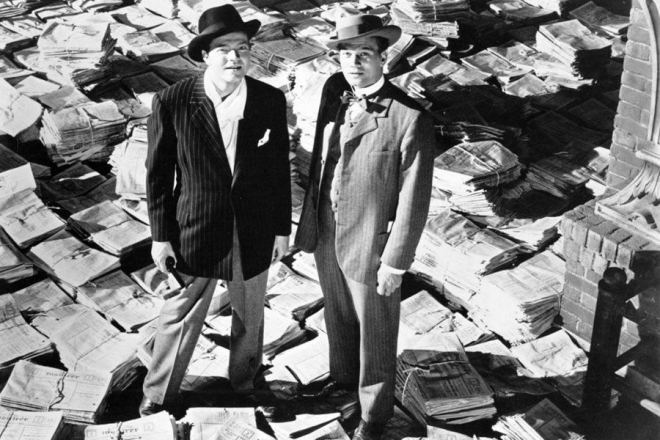 It's strange to look at a film that is considered to be one of the very best American films ever made as anything other than a massive success, but, Citizen Kane was a bust. A big one. Hot off his wild and publicized "War of the Worlds" radio broadcast, Orson Wells was afforded the rare privilege of complete creative control over his film. It was a cinematic event everyone was looking forward to - however - William Randolph Hearst had other plans. As the film was loosely based on his life, Hearst put his massive media machine to work to kill the film at the box office. For all intents and purposes, he succeeded. Ultimately Wells had the last laugh as through re-releases, television broadcasts, and home video, audiences found Citizen Kane and have given this gem its due esteem as one of the greatest films ever made. 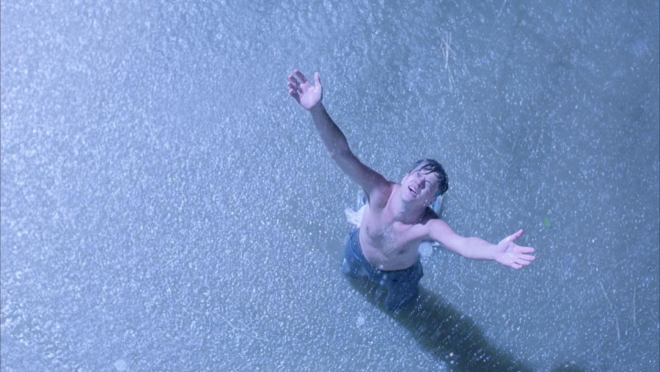 Considering it's ranking as one of the highest rated films on IMDB as well as its stature as one of the most rented films ever made, it's amazing to think that this prison drama based on the short story by Stephen King and starring Morgan Freeman and Tim Robbins was a box office under performer. Whether it was the long unwieldy title, the release frame, or the well-reported clashes between the film's star and first-time director Frank Darabont that killed its box office - it was home video and positive word of mouth that redeemed its production costs and pushed the film into profitability. The film remains a favorite and continues to sell well on DVD and Blu-ray. 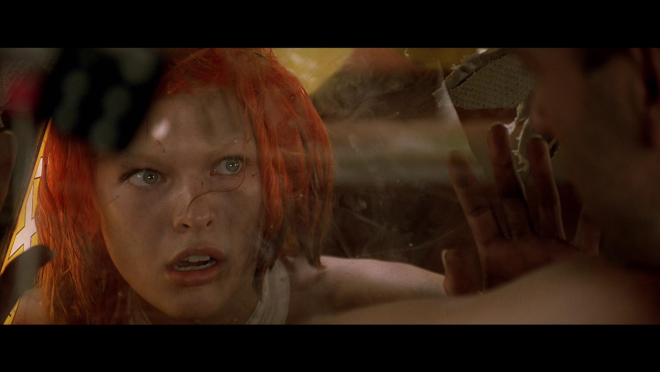 Hot off his massive success of Leon: The Professional, French writer/director Luc Besson was a hot commodity. Everyone wanted to work with him and studios were ready to hand over a big budget to a man with a unique and colorful science fiction vision. Unfortunately, audiences didn't find The Fifth Element in the theaters. However, with VHS and DVD The Fifth Element, audiences were able to give this flick a chance and the film quickly grew a fervent cult following. With terrific action, amazing practical effects, and a great cast - a box office failure has become a fan favorite and that following is just as strong as ever and now with the film on 4K UHD - it looks and sounds better than ever! 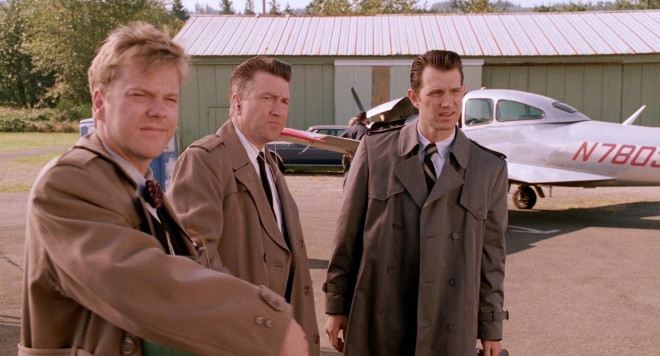 With the popular television series seemingly canceled, fans of Twin Peaks were clamoring for closure to the adventures of F.B.I. Agent Dale Cooper and the show's titular mountain community. Instead, co-creator David Lynch gave the fans an unflinching, dark, and deeply disturbing prequel depicting the sad events that lead up to Laura Palmer's death prior to the show's beginning. In addition to these sad events, Lynch peppered the film with a swath of enigmatic eccentric characters and events that seemingly had next to nothing to do with the show. As a result, the film divided fans and critics alike and failed to recoup its modest budget. Thankfully, the intervening 20 years with the new revival series currently airing on Showtime has allowed people to reassess the film. Soon they'll get to enjoy a new Blu-ray release courtesy of The Criterion Collection. 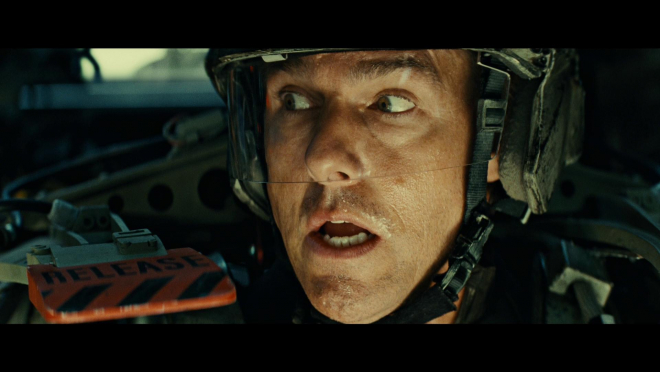 When a summer tentpole film fails at the box office, it's hard to drum up much enthusiasm when all anyone hears about is how poorly the film did. Even with the star power of Tom Cruise, the strong action hand of Doug Liman in the director's chair, and positive reviews from critics Edge of Tomorrow missed its audience and failed to recoup its production budget. Even with the strong global box office intake, it's difficult to call the film anything but a financial failure when factoring in the film's large and expensive marketing campaign. After a pseudo-retitling effort favoring the film's tagline "Live. Die. Repeat." this time-bending sci-fi action epic found its audience and thanks to strong home video sales, a sequel is in the works. 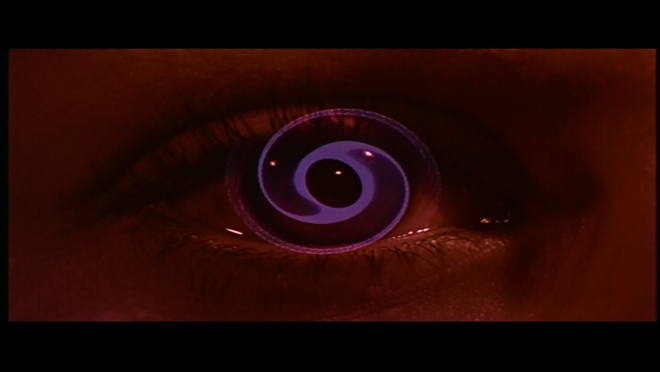 They can't all be North By Northwest or Psycho. While not every film Alfred Hitchcock made during his long career was a hit, it's mystifying that a true genuine classic like Vertigo somehow managed to flop like a dead fish at the box office during its initial release. Even with one of Jimmy Stewarts best performances along with a terrific turn from Kim Novak as the blond bombshell Madeleine could entice audiences into theater screens. Thankfully, several theatrical re-releases allowed audiences and critics to find the film and place the film on the pedestal it rightfully deserves to be. With the film still being shown in theaters and its strong presence in the home video market, Vertigo will remain a classic for generations to come. 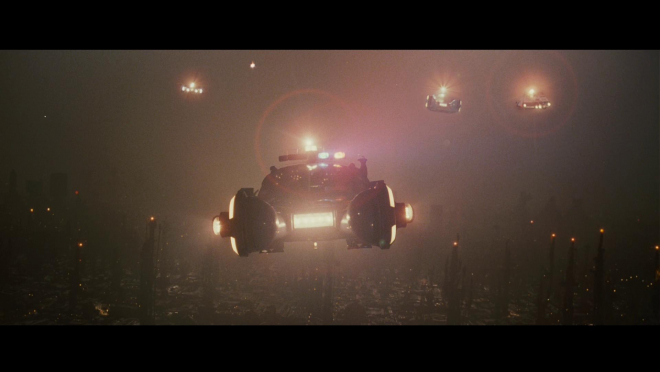 After his strong start with The Duelists and Alien, director Ridley Scott could do no wrong. Unfortunately, his terrific turns behind the camera were upended with the unfortunate reception of Blade Runner. As a dark introspective noirish science fiction film, Blade Runner suffered from the heavy hand of studio meddling. After being afflicted with a shorter runtime and an ill-fitting narration, the Harrison Ford starring sci-fi epic endured weak critical reactions and an even worse reception at the box office. Thankfully the emergence of a longer narration-free cut on the home video market gave people the first real glimpse at Ridley Scott's ultimate vision. With the Final Cut coming out on 4K UHD as well as the sequel Blade Runner 2049 about to reach theater screens, fans have a lot to celebrate! 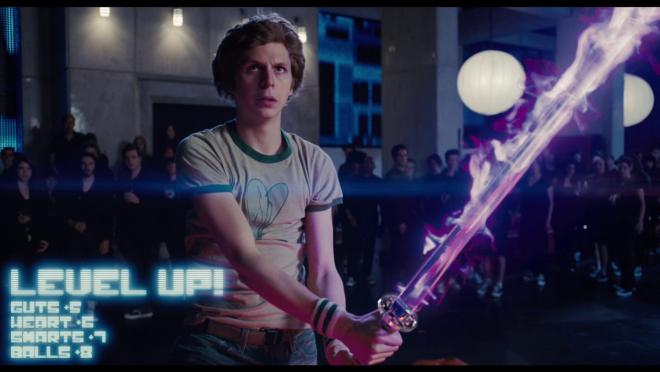 After the modest back-to-back successes Edgar Wright enjoyed with Shaun of the Dead and Hot Fuzz, it was time to move beyond small budgets and go big with Scott Pilgrim vs The World. Critics gave it numerous thumbs up and Wright's band of loyal followers ate the film up. Unfortunately, they're about the only people who went to see this action-comedy gem. Even with a lower than average budget of $60million for a blockbuster, the film only managed to score back an anemic worldwide haul of $48,000,000. Thankfully, word of mouth drove some strong DVD and Blu-ray sales turning this would-be blockbuster into a cult classic.

Literally, hundreds of films come out each and every year. Some make it to the big time box office bank, others fall to the wayside hoping to gain new life on the home video market. With ballooning budgets, films are having a harder time recouping their production and marketing costs. This list of ten great box office flops is far from being definitive, but they're all great flicks and should be proudly featured in your collection!