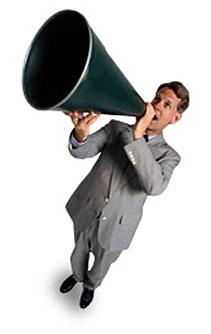 With the official release last Friday of the latest firmware upgrade (version 2.0) for Toshiba's HD-A1 and HD-XA1 disc players, the HD DVD format not only took another big leap forward in functionality and playability, but so did the state-of-the-art in home theater audio technology. Bundled within the firmware upgrade's new batch of nifty enhancements was full support for Dolby Lab's highly-anticipated Dolby TrueHD surround sound format, which has long promised to deliver the highest level of audio quality ever heard in a home theater environment, unlocking the true high-definition entertainment experience on next-generation discs.

For direct links to our updated reviews of discs that already include TrueHD tracks, scroll to the bottom of this page. For a primer on TrueHD, how to listen to it on your home theater system, and our overall thoughts on the first TrueHD tracks available, read on...

What is Dolby TrueHD?

Developed by Dolby Labs, TrueHD is a lossless encoding technology developed exclusively for high-definition, disc-based consumer media. TrueHD is capable of delivering audio that is bit-for-bit identical to the studio master. Utilizing up to 7.1 channels of audio information, the format supports 100 percent lossless audio, encoded up to 24-bit/96 kHz at a maximum bitrate of 18 Mbps. In raw technical terms, that easily outperforms any other audio format currently on the market, including Dolby Digital-Plus, and is about as close as you're going to get to a cinema-level experience outside of buying your own multiplex.

For complete information on Dolby TrueHD, as well as other Dolby audio technologies, visit the Dolby TrueHD resource page at the official Dolby Labs website.

How to: Powering Up Your Home Theater with Dolby TrueHD

So, how do you get started enjoying Dolby TrueHD on your own home theater? It is actually not as difficult as you may think, and you likely won't need to buy any new equipment even if you currently own only a budget-priced home theater.

To gain any real benefit from Dolby TrueHD, you will need to have an A/V receiver, as well as a complete 5.1 speaker setup. Your receiver must have an HDMI input, and/or dedicated analog inputs for at least 5.1 channels of information (your receiver's manual should tell you whether or not you have the correct inputs).

Next, you'll need the latest firmware upgrade from Toshiba, which can be done for free via your player's built-in Ethernet port [important note: be sure to remove any discs from your player during installation -- due to a reported firmware bug, discs left in the player during the firmware upgrade could render the machine inoperable]. If you can't (or would rather not) connect your player the Internet, Toshiba will supply all customers who have registered their players with a free upgrade CD via mail. Visit Toshiba's website for more info.

Provided you have a compatible home theater setup, actually hooking up your components for TrueHD is easy. Thanks to the firmware upgrade, both the HD-A1 and the HD-XA1 can now output a full resolution Dolby TrueHD-encoded soundtrack via either deck's HDMI port or analog 5.1 outs. So as long as your A/V receiver accepts HDMI or has analog 5.1 inputs, just hook 'em up and you're ready to go. (Note that both of the Toshiba HD DVD players can also downmix a Dolby TrueHD soundtrack as a DTS bitstream via the SPD/IF output. However, currently you cannot use the optical output for Dolby TrueHD -- sorry, it just won't work.)

So, how does Dolby TrueHD actually sound? First, a caveat: as of this writing there are only four HD DVD disc titles that contain Dolby TrueHD soundtrack (all from Warner Home Video), so we can only speak to the audio quality on those four discs. But based on our initial sampling, the results are impressive. Most impressive. Though some titles boast a more noticeable upgrade in audio quality than others, there wasn't a single disc in the bunch where we would not want to listen to the Dolby TrueHD soundtrack if given the choice.

In fact, the overall cumulative improvements we heard makes us excited enough for this advancement in audio technology that we wouldn't be surprised if the inclusion of Dolby TrueHD tracks on upcoming titles doesn't start to feel mandatory, not optional. Once you get a taste of a high-quality TrueHD presentation -- and given the fact that the firmware upgrade is free of charge -- why would you want to go back? Like the boost DTS offered over Dolby Digital, and Dolby Digital-Plus over DTS, we believe that Dolby TrueHD is a next step well worth taking.

For our complete, detailed reviews of the TrueHD tracks on each of the four titles, click the linked titles below:

In addition to the four titles already released, stay tuned for further reviews of all upcoming HD DVD (and Blu-ray) titles that include Dolby TrueHD as they are released -- we won't miss a single one.