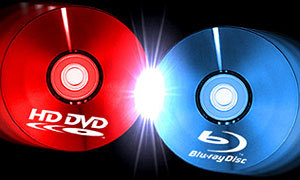 With the release today of 'Training Day,' 'Kiss Kiss Bang Bang' and 'Rumor Has It...' on Blu-ray, Warner Home Video has become the the first studio to unleash the same movie titles on both formats, following their debut on HD DVD last month.

Finally, after months of apples-to-oranges comparisons between the two formats via different discs from differing studios, a direct head-to-head analysis can now be made using identical source material. As the first Warner Blu-ray titles hit stores, we at High Def Digest are proud to roll out the web's first in-depth comparisons of all three discs.

In each review, we take a comprehensive look at how each disc on both formats stacks up, in terms of video and audio quality, depth of supplemental content, and overall ease of use and menu navigation. In some cases, the results were surprising, and sure to generate continued debate.

You can read the reviews here: 'Training Day,' 'Kiss Kiss Bang Bang' and 'Rumor Has It....'

Stay tuned for further reviews of all upcoming Blu-ray and HD-DVD titles in the weeks ahead, as well as further comparison reviews of titles that are released in both formats.