If you own an Xbox 360 or a PS3, you should be buying ‘Red Dead Redemption’ this week.  Sure, other games exist, but based on early reviews of ‘Red Dead,’ it doesn’t really matter whether they do or not. 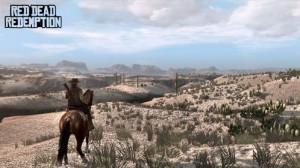 The Western went out of style in film and book form back before videogames even got the chance to capitalize on the craze.  Thankfully, the folks at Rockstar haven’t given up on trying to make a great Western.  Recent attempts like ‘Gun,’ and the original ‘Red Dead Revolver’ met with limited success, but ‘Red Dead Redemption’ looks like it’ll turn everything around.

It’s got ridiculous ratings from critics across the internet, and the multiplayer modes seem fascinating.  While it does incorporate elements from ‘Grand Theft Auto,’ it drops the tongue-in-cheek attitude and exists honestly in the world, as a true love story to the western.

When I got my Xbox 360 back in April of 2006, I downloaded and watched the first trailer for ‘Alan Wake.’  I thought it looked really cool back then, and I still think it looks cool now.

Reviews of the game have a large range.  Wired‘s Chris Kohler gave it a 6/10, saying that the second half of the game just drags on.  Susan Ardent, who writes for The Escapist, gave it a 5/5, and said the only downside is that she could only play it for the first time once.

‘Split/Second’ is a blast to play, but it suffers from the same problem as ‘Mario Kart.’  Sure, you can drop buildings on your opponents, crash planes and change the landscape entirely, 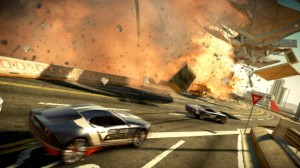 but you can only do it when you’re behind someone.  If you’re in first place, it’s just a racing game.

There’s a demo available on both the PS3 and Xbox 360, so if you’re on the edge, download it and give it a try.  It’s a pretty simple game, and you’ll get the mechanics all figured out quickly.  Don’t confuse simple with easy, though.  There’s plenty of challenge.  The one thing you don’t get to do in the demo is the one thing I’d buy this game for – multiplayer.

‘The Forgotten Sands’ isn’t based on the ‘Prince of Persia’ movie, but it is being released a week and a half before the movie.  So that should probably tell you something about the quality of the game.

Another great indicator?  There aren’t any reviews up on the major sites.  If a movie isn’t screened for critics, it’s almost certainly awful.  The same can be said for games.  Now, there are a few exceptions, and ‘The Forgotten Sands’ could easily be one of those, but you might be better off playing something else this week.  You know, like ‘Red Dead Redemption.’