In promoting this summer’s upcoming ‘Transformers: Dark of the Moon’, director Michael Bay has promised that this sequel will be more serious and less dumb than his last ‘Transformers’ movie. Can he be believed? The first evidence of what he’s included in the movie has started to trickle out, and… C’mon, we should know better by now, shouldn’t we?

Despite its massive box office returns, ‘Transformers: Revenge of the Fallen‘ took a lashing from both critics and audiences for its astounding abject stupidity. At the time, director Michael Bay brushed off such complaints, cackling that film critics are a bunch of morons who don’t know how to have fun while he rolled around in his swimming pool filled with $100 bills. Hearing the same thing from regular viewers must have gotten to him, though. After all, he needs paying audiences to come back to see his new movie.

As such, Bay said of the third film: “One thing we’re getting rid of is what I call the ‘dorky comedy.’ So the twins, the two bumbling, slang-spewing robots? They’re basically gone.” That definitely sounds like a good thing, doesn’t it? Of all the problems that people hated about ‘Revenge of the Fallen’, the Autobot characters named Skids and Mudflap were easily the most offensive. These shamefully racist caricatures of black urban youth might as well have been in blackface. Their scenes in the movie were utterly cringeworthy.

So, if he’s going to cut back on screen time for the ghettobot twins, what will Michael Bay replace them with? As he unveiled at the recent Daytona 500, Bay has added new Autobot characters called Wreckers which transform into NASCAR racers. 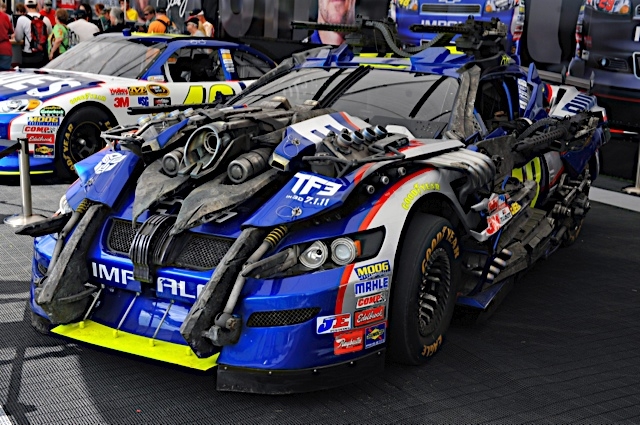 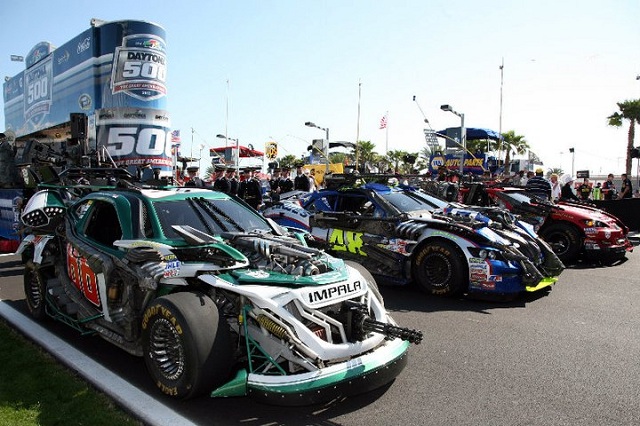 OK, so, on the one hand, that’s kind of appropriate. Race cars are a staple of the Transformers universe. This seems perfectly fitting.

But… NASCAR, huh? Doesn’t that lend itself to certain other stereotypes that Bay, if he’s not careful, might lapse into making fun of? You know, that whole “redneck” thing. He wouldn’t do that, would he? I mean, he went so far as to acknowledge how bad the “dorky comedy” in the last film was. He outright said that there’d be less of that nonsense in this one. Shouldn’t we have a little faith that the man might be capable of learning from his mistakes and growing as a filmmaker?

Well, here’s a photo of the Hasbro action figure based on the Wrecker character named Top Spin. 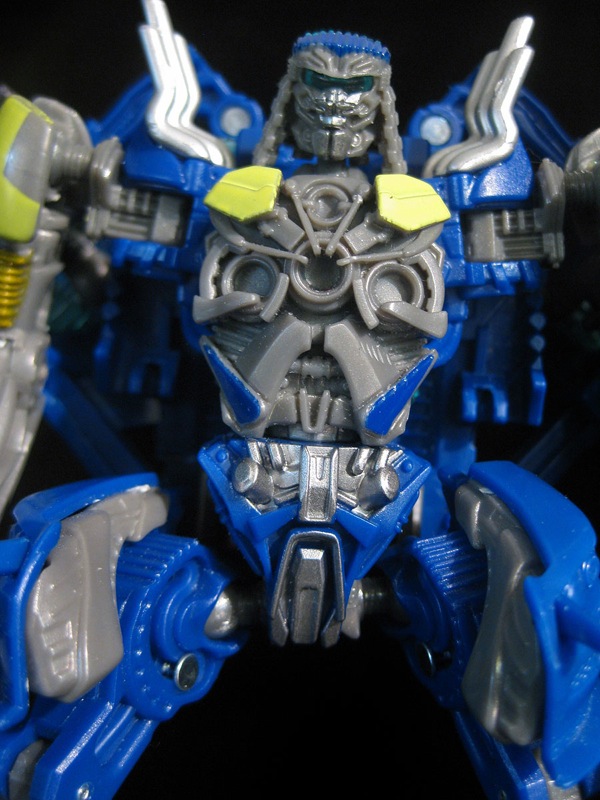 Yes, that is indeed a robot with a mullet and Wiley X sunglasses. Michael Bay has traded the “dorky humor” of his racist ghettobots for new dorky humor involving NASCAR redneckbots.