A few years back, the Sundance Film Festival announced a new category called “Park City at Midnight.” This would be a way for extreme comedies and horror flicks to find a place at a film festival. It was a great move on the part of the Sundance programmers. For the past few years, Park City at Midnight has produced some wonderfully fun films. I’m still lamenting that last year’s festival hit ‘Tucker and Dale vs. Evil’ hasn’t found a distributor yet.

This category runs the gamut of horror and comedy cinema. You never know quite what to expect when walking into a Park City at Midnight screening. (Yes, quite a few of the public screenings are held at midnight.) It’s always a treat going to one of these movies, because they’re the type you wouldn’t expect to find at a snooty art film festival. Most people who don’t regularly attend Sundance don’t realize that the festival prides itself on showing these types of movies. So, what movies are populating the Park City at Midnight section this year? Let’s take a look.

This film is already stirring up controversy with its new poster that exclaims, “God Will F*** You Up!” There are always a few movies that come into the festival that try to stir a controversy right off the bat. I can’t think of a better way to do that than to create a poster with that type of exclamation about God, and then hang that poster all around a predominately religious population here in Utah. ‘Catechism Cataclysm’ is about a priest, Father Billy, who has grown disinterested in the church. He decides to take some time off and seek out an old high school buddy. The Sundance web site explains that the two meet and reminisce, “…but when night approaches, they realize they have lost their way – and that’s when things get weird.” All I can say is that when things get “weird” in a festival film, they usually get really weird. Still, I’m intrigued.

Besides the other movie at Sundance called ‘Hobo with a Shotgun’, I don’t think I’ve seen a film with title that so succinctly describes what you’re about to see. The plot sounds so amazingly bizarre that it will either be a hilarious visionary film, or it will brilliantly crash and burn. Either way, I’m sure the “lesbian” aspect will get quite a few people to the theaters. Here, three lesbians are sent to Earth in order to fall in love with Earthlings. They are then supposed to have their hearts broken,

I know that there are readers here at High-Def Digest and The Bonus View who have a very deep love for cult classic master Roger Corman. This is the first documentary that I can think of that’s been put in the Park City at Midnight category. Knowing who Corman is, it seems like a perfect fit. This is all about the king of B-movies and how he went against what is considered the normal Hollywood grain.

‘‘Hobo with a Shotgun‘

What else do you need to know? Rutger Hauer is a homeless man. He has a shotgun. He uses his shotgun to exact revenge on the scum of the earth. End of story.

[Ed.: This movie spawned from a fake trailer created for a ‘Grindhouse‘ tie-in contest. You can find the original trailer on YouTube or on the ‘Grindhouse’ Blu-ray.] 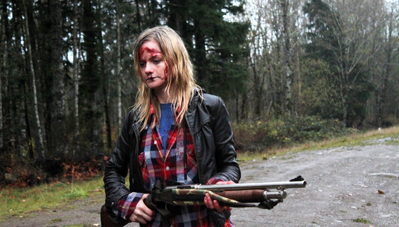 This film has me very curious. I love tales about a character wandering off into the unknown. You don’t know what to expect, or what’s going to happen. A young girl ambles off into the mysterious wilderness after a car wreck. It’s a simple premise that could hold a wealth of scary and unsettling scenes. Here’s hoping. 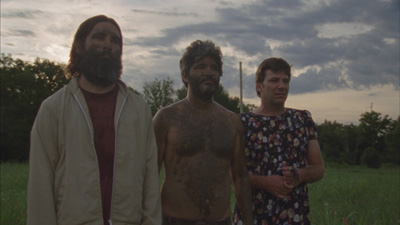 Yup. Families are crazy. That’s what ‘Septien’ is about – a dysfunctional family welcoming back the son who’s been missing for eighteen years. Set in a backwoods hickville, this is a comedy about strange people doing strange things. At least that’s what I garner from the synopsis given by Sundance. This is one of the least interesting titles on this list. 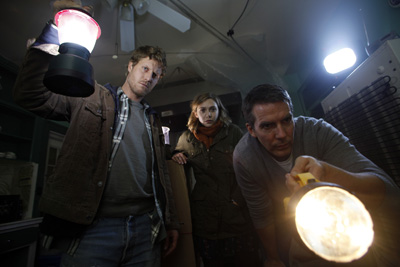 From the duo of filmmakers who brought us ‘Open Water‘, Chris Kentis and Laura Lau try to invoke horror and dread in their new movie, ‘Silent House.’ Why are old houses always so scary? This is a psychological thriller about a young girl who’s either going insane or is really experiencing something paranormal in her family’s summer home. ‘Silent House’ was a late addition to the festival, but I’ll always welcome well-crafted horror thrillers. Let’s just hope that “well-crafted” is an accurate description. 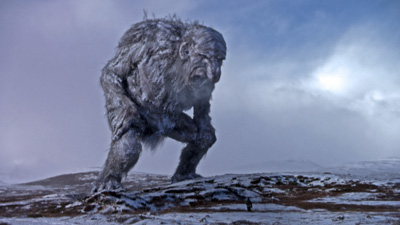 After watching the trailer for ‘The Troll Hunter’, I couldn’t help but think that this is ‘Cloverfield‘ with trolls. Shot mockumentary style, this is about a group of people who witness trolls terrorizing Norway and the people tasked with stopping them. It’s not often you see a movie full of CG effects come to Sundance. Last year, ‘Splice’ was that movie. This year, ‘The Troll Hunter’ looks like it’s going to be a whole lot of fun. The idea of the movie just sounds exciting. 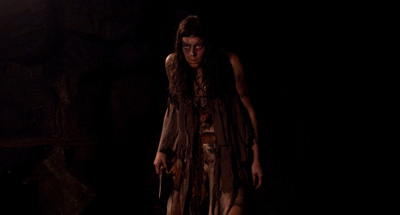 A man finds a wild, untamed woman living in the wilderness while he’s hunting. He captures her and takes her home in the hopes of civilizing her. What a nice guy. Only he forces his family to participate in the civilizing. Since this is a horror movie, we all know where this one is heading. That family is in for it, I can just feel it. I’m sure ‘The Woman’ will feature quite a lot of zombie-like chomping of human flesh. Yum!

Those are the movies that you can expect to hear about in the coming weeks as I try to see as many as possible. If the Sundance Film Festival was a family, then Park City at Midnight would be the reclusive son who likes to stay up and party with pizza and Mountain Dew.