Earlier this week, I mentioned that retailer Target carries an exclusive Blu-ray SteelBook for Clint Eastwood’s blockbuster hit and Oscar nominee ‘American Sniper’. Because I neglected to provide pictures, here’s a look at the packaging for that, along with another metal case collectible of interest.

Target’s artwork isn’t too flashy. It’s based on a common promotional image and poster art design for the movie. However, it’s effectively understated and seems to suit the content well. It certainly looks nicer than the standard Blu-ray keepcase art with Bradley Cooper being swallowed by an American flag. 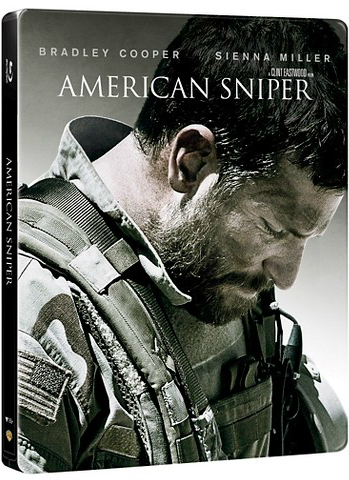 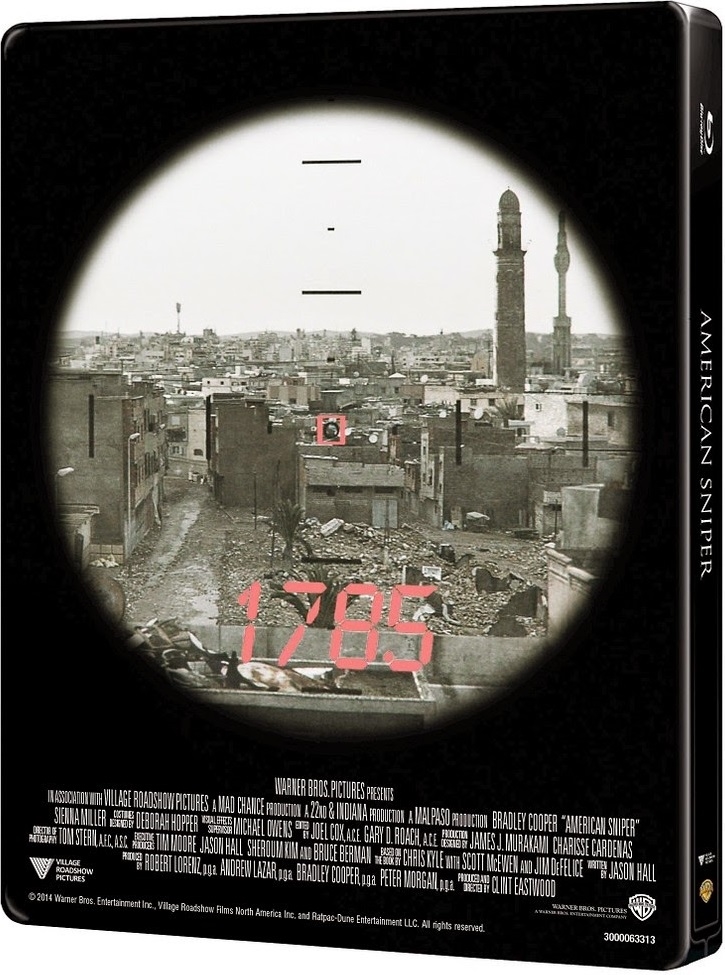 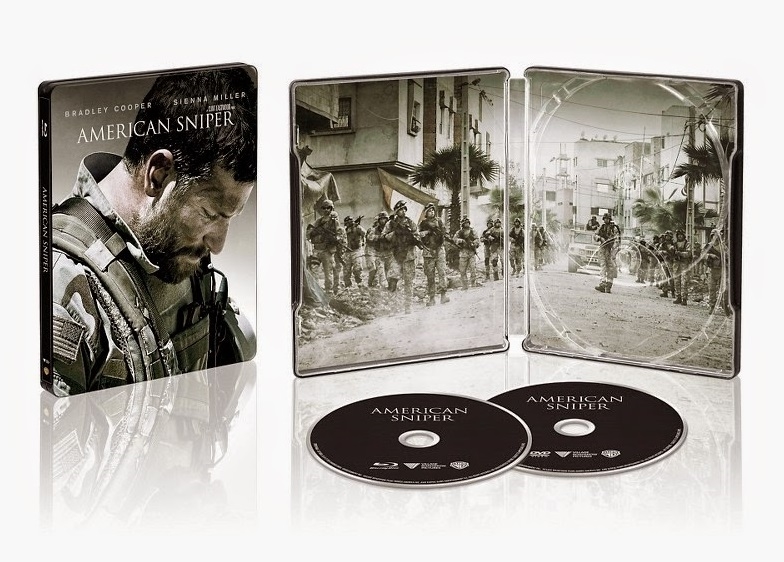 The corny Arnold Schwarzenegger action classic is one of several catalog titles reissued in new metal cases exclusively at Best Buy. The retailer’s web site lists ‘Patton‘ and M*A*S*H‘. Readers in our forum report also seeing ‘Spaceballs’, ‘Mad Max’, ‘The Wolf of Wall Street’ and ‘Star Trek II: The Wrath of Khan’. Best Buy being as incompetent as ever, I can’t find any of those on the web site.

These cases are not officially SteelBooks, which is a trademarked brand name. Best Buy lists them as the competing MetalPak format. Our reader Timcharger picked up ‘Commando’ and says that the case is better than the standard MetalPak design. 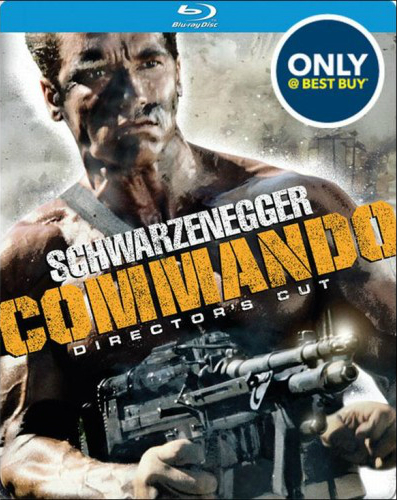 The artwork on this case is pretty generic. However, what’s of note with this title specifically is that the MetalPak claims to have the 94-minute Director’s Cut of the movie. That would make this the first domestic Blu-ray release of that version of the movie. The original Blu-ray from 2008 only included the 90-minute theatrical cut. If anyone has the chance to compare both discs, I’d be interested to know if the video transfer has been improved at all.

Across the pond, UK retailer Zavvi is currently sold out of this alternate SteelBook edition with better artwork. 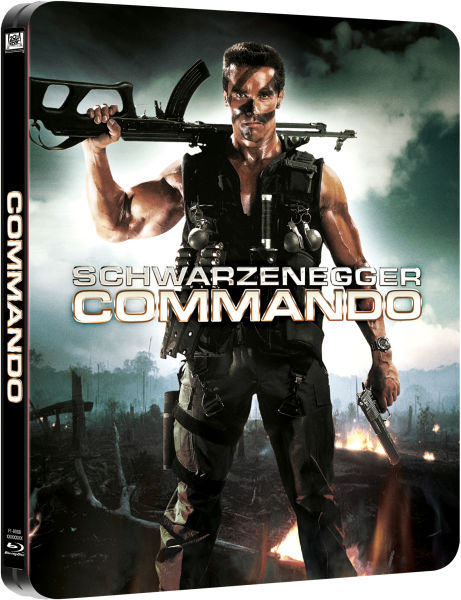 The listing doesn’t mention which version of the movie was included, but you can get the Director’s Cut in a standard keepcase in that country. (Be warned that both Zavvi and Amazon UK claim the that disc is coded for Region B.)

[Update: Apparently, the UK SteelBook shown above is from 2013 and only contained the theatrical cut. A more recent SteelBook edition of the Director’s Cut (also sold out) had the same artwork as the Best Buy release.]