Over the course of a few stardates, I’ll be revisiting ‘Star Trek: The Next Generation’ episode by episode. So hop in your starship and cruise along with me, why don’t you? If anything, there should be quite a few fun “Caption this Picture” opportunities along the way.

Sadly, I was not into ‘TNG’ when I was young. My wife was, though. She loved it as much as a fat kid loves ice cream. Maybe more. This is probably my wife’s favorite television show, and she has no problem announcing that to the world. I’m a very late convert to the series, thanks to her.

The first episode of the series is a strange one. The Enterprise is commandeered by a fancy-pants villain who has a real fetish for opulent costumes that look like they were stolen from a high school theater department. The villain’s name is Q and he’s somewhat of an intergalactic douche.

We also learn some key things about the crew aboard the Enterprise, such as how much Captain Picard hates children and just how terribly Wesley Crusher dressed for the entire series.

Moral of the Story

Now we come to the audience participation part of the post. Please caption this picture with your very best and funniest comments. You will win mention in the next ‘TNG’ recap (‘The Naked Now’) and the adoration of your ‘TNG’-loving peers. 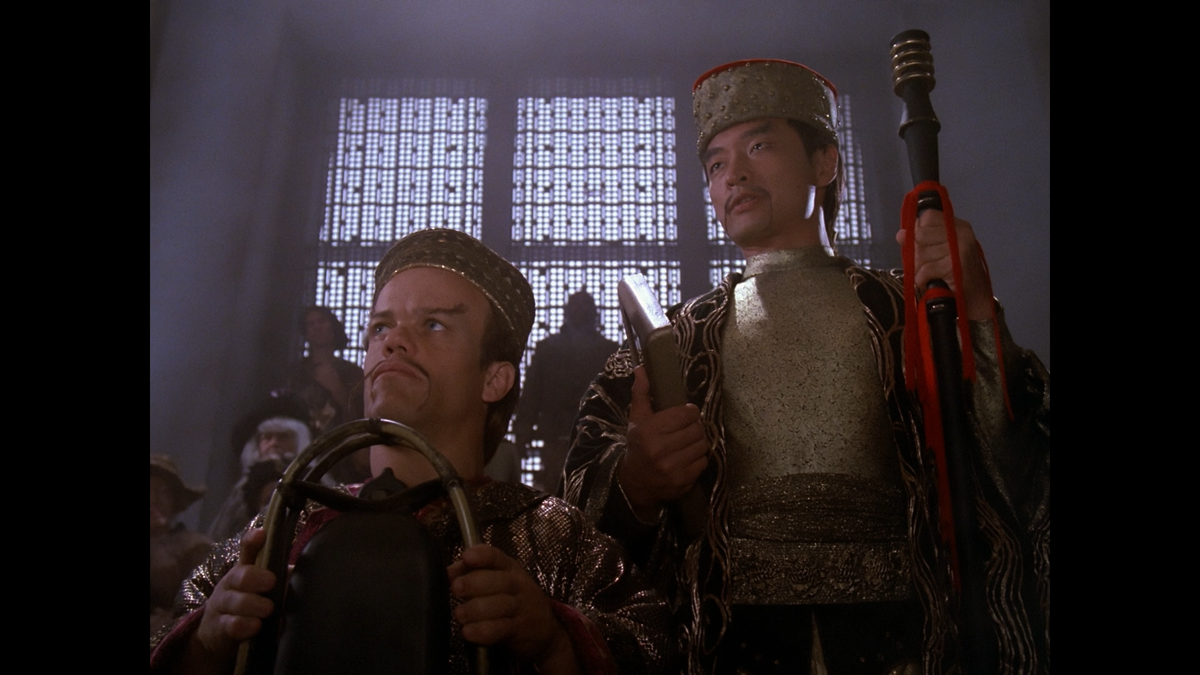