Get your credit cards ready, America. On Friday, September 4th at 12:00 AM (that’s Thursday night for you math-impaired), Disney and Lucasfilm will release a ton of brand-new merchandise related to the upcoming ‘Star Wars: The Force Awakens’. Unlike the similar event in 1999 prior to the release of ‘The Phantom Menace’, this time it’s not just about toys. Books, games, clothes and even women’s cosmetics are scheduled to hit store shelves when the clock strikes 12.

Most items have been kept secret up until now, but this past week some images of what will be available started to leak online. Here’s just a sample of what we know is coming. (Note: Click on any of the images below for a larger view.) 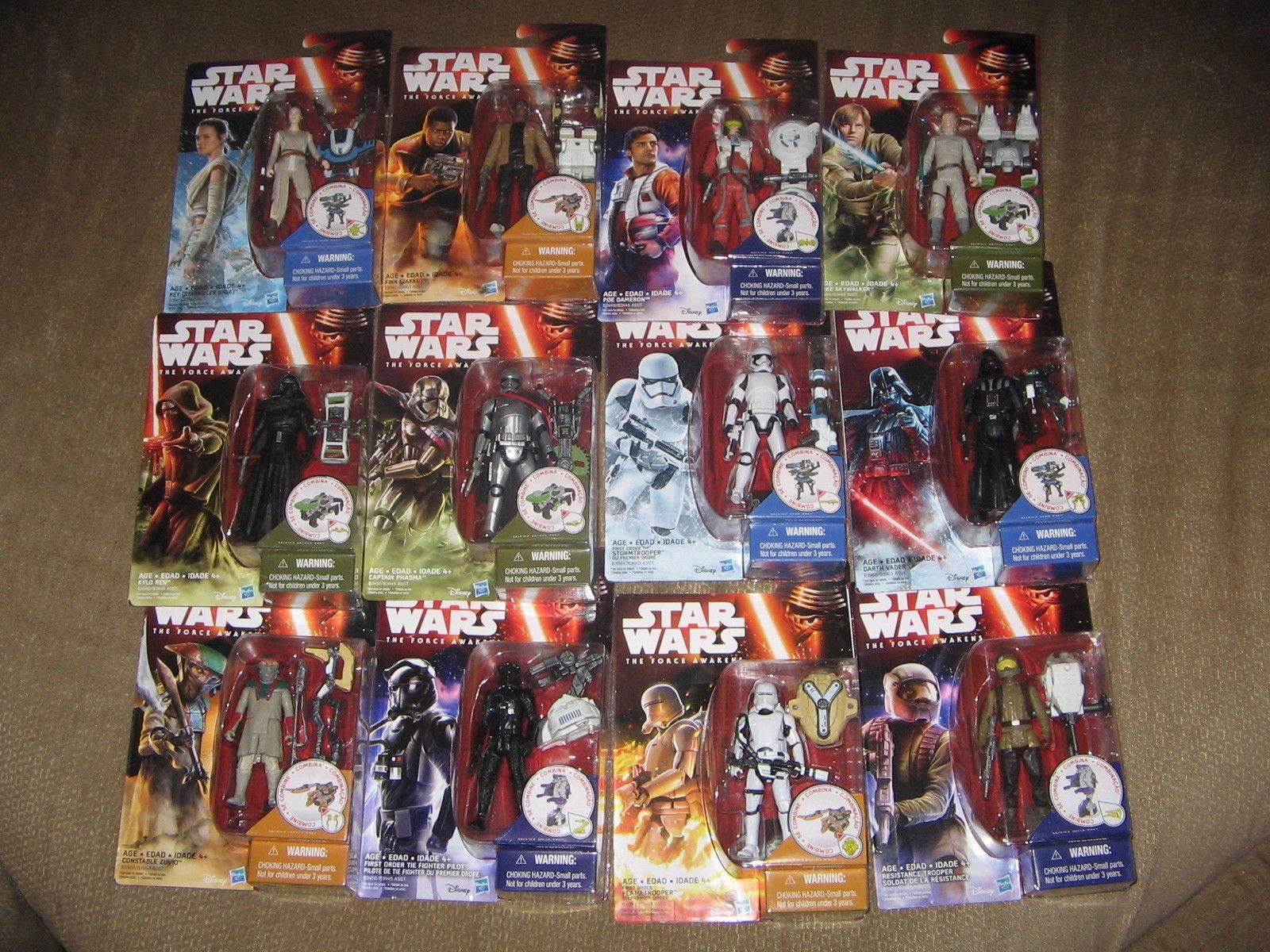 Let’s start first with what most of us are waiting for – the action figures. As you can see in the image above, Hasbro has seemingly stuck with primarily the same size and design as the figures that were released for the prequel trilogy. I remember ‘The Phantom Menace’ figures coming with little audio chips that would play back in a reader (sold separately, of course!). This time around, it looks like each figure comes with part of a toy accessory that can be completely assembled if you buy the other figures in that series (noted by color).

The most interesting thing from the image above is that we’re getting figures of both Darth Vader and Luke Skywalker. But it’s not old-age Luke… it’s young Luke in his Bespin gear from ‘The Empire Strikes Back’, which almost assures us that ‘The Force Awakens’ will be the first ‘Star Wars’ movie with a flashback sequence, and possibly the only one to feature a scene from a previous film.

Also, the image above doesn’t include ALL the figures that are being released, just some of them. We’re almost certain to get characters like Chewbacca, BB-8, Han Solo and others in the first wave of figures to be released on September 4th. 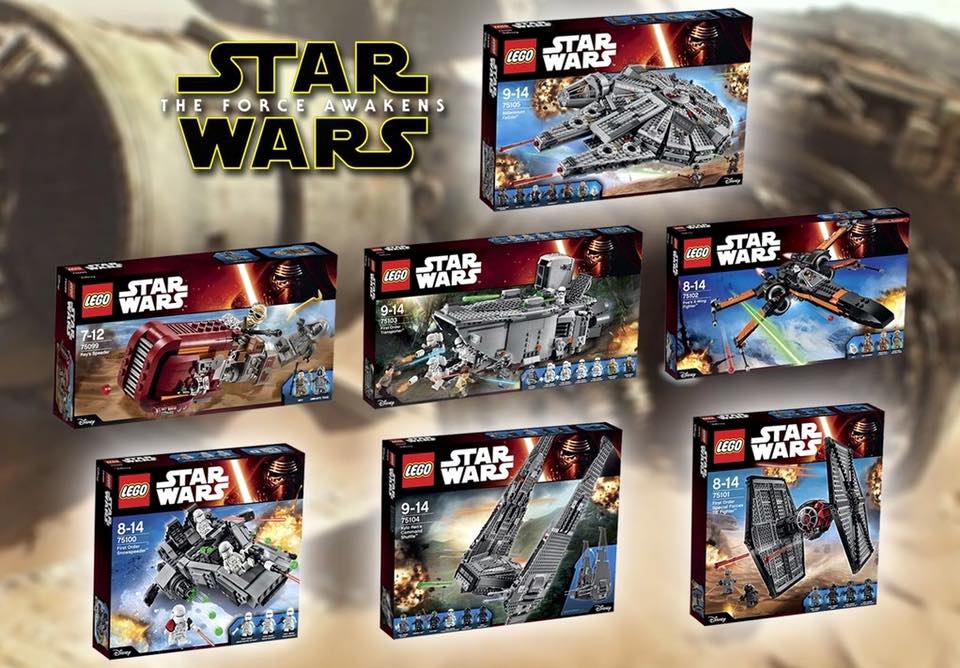 No release of Star Wars toys these days is complete without some new Lego kits. Sure enough, we’re getting a nice selection. I missed out on the original Millennium Falcon that Lego released a few years back (and refuse to pay premium to get one off a third-party seller), so Lego’s new Falcon is my single must-own item from all the new products being released on September 4th. That black X-Wing looks pretty sweet too, don’t you think? 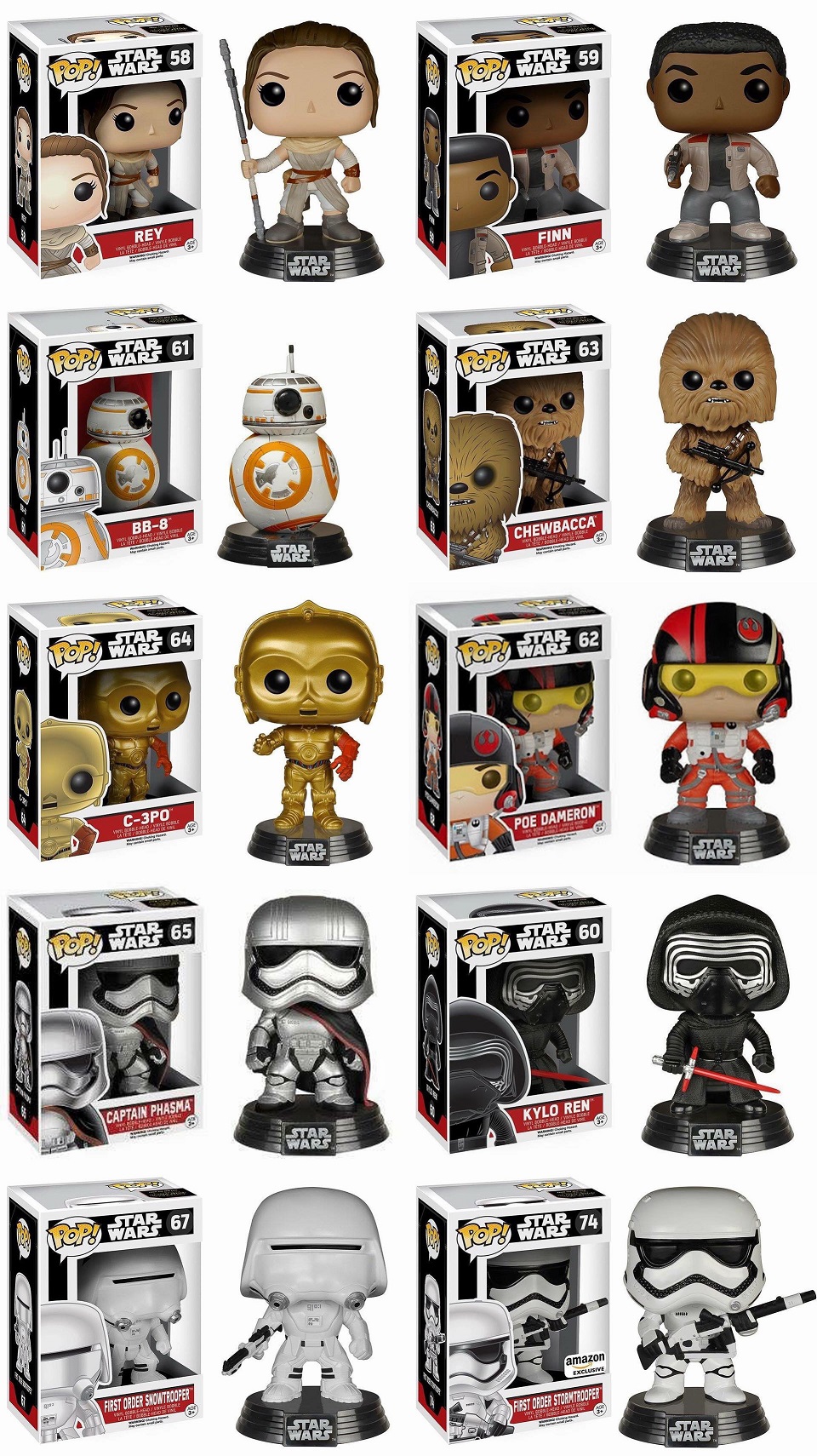 I’ve never been a fan of Funko bobbleheads, but as you can see from the awkwardly sized image above, fans of the figures will get a nice selection to choose from, including an Amazon-exclusive First Order Stormtrooper. Although I’m not crazy about these and probably won’t add any to my own collection, I have to confess that I rather like the design of the BB-8 figure and might possibly pick that one up for my desk at work. 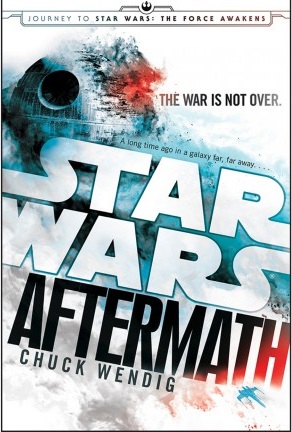 As I noted at the outset, Force Friday isn’t just about toys. Del Rey is releasing a number of tie-in books on the 4th, most of them geared toward young adults. The biggest release is the novel ‘Aftermath’, which promises to reveal what happened in the ‘Star Wars’ universe between the end of ‘Return of the Jedi’ and the beginning of ‘The Force Awakens’. ‘Star Wars’ fans may be interested to hear (if they don’t already know) that Wedge Antilles is the main character in ‘Aftermath’. He’s also NOT part of the ‘Force Awakens’ film. Draw your own conclusions about what that may say about his character’s fate in the novel. 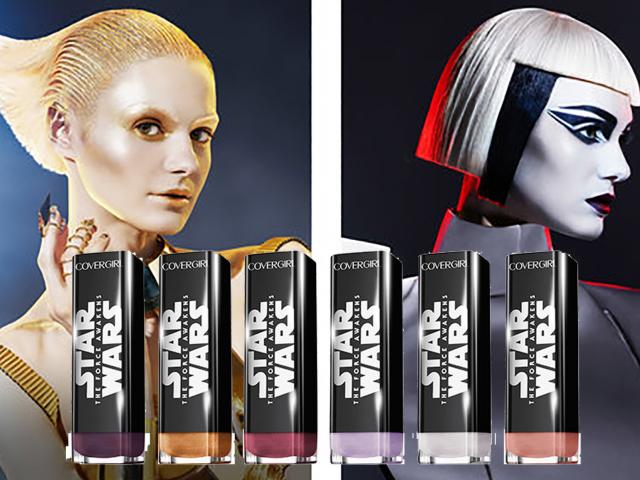 One of the things I’ll give credit to Disney/Lucasfilm for as the new trilogy is about to launch is that they’re determined to build the female fan base. Not only does it seem like the main character in the new trilogy will be Rey (played by Daisy Ridley), but they’re going out of the way to make sure products are available that appeal to a female audience. The above line of ‘Star Wars’-themed cosmetics from CoverGirl should go great with that Slave Leia costume, ladies. I know – wishful thinking… Seriously though, it’s nice to see that the powers-that-be understand that there’s a strong female fan base when it comes to this franchise.

Of course, what we’ve shown above is only the tip of a very large iceberg of ‘Star Wars’-themed merchandise that’s about to overflow retailers everywhere. As of this writing, Toys R Us, Walmart, Target and the Disney Store (naturally) are all participating in the midnight madness. If you don’t feel like standing in line, you’ll be able to shop and order many of these items starting at midnight via online e-tailers, including the online versions of the retailers listed above.

So, what are YOUR plans for Force Friday, and what must-have items will you buy? Be sure to vote in our poll and leave your comments below!

Shannon is the former Editorial Director for DVD Empire, a former staff reviewer for DVD Talk, and has spent over a decade reviewing and writing about DVD and Blu-ray online. A life-long movie buff, Shannon also holds a B.A. in History. When he isn't discussing movies, he loves debating politics and world events.
View all posts by Shannon Nutt →
Facebook
Twitter
Google+
Linkedin
Pinterest
Delicious