From James Dean to Marilyn Monroe, Heath Ledger and Philip Seymour Hoffman, cinema history is cluttered with stars whose lives were tragically cut short right in the primes of their careers. As we witness the posthumous release of one of Paul Walker’s final movies, this week’s ‘Brick Mansions’, we’ll use today’s Roundtable to look back on other talent taken from us too soon. 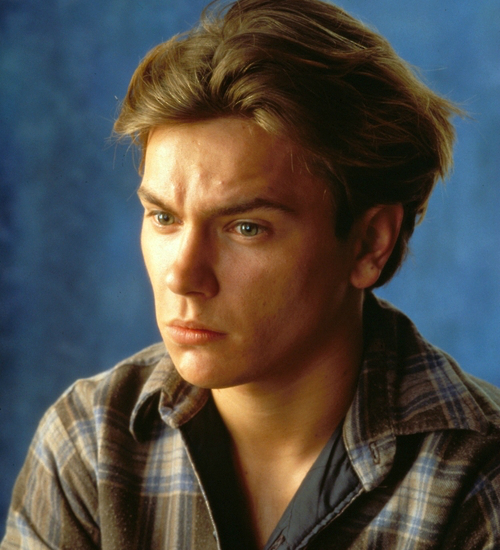 On Halloween night in 1993, actor River Phoenix collapsed and died outside the Viper Room night club in Hollywood. He was only 23-years-old, but had already made quite a mark for himself in the industry. Phoenix first caught my eye as the one of the childhood friends in ‘Stand by Me‘, playing the kid with a bad family history who’s scared of turning out just like them. That same year, he would impress again as the son of Harrison Ford’s eccentric inventor in ‘The Mosquito Coast’. Later in his career, Phoenix would hold his own with Oscar winner Sidney Poitier, not once but twice – in the films ‘Little Nikita’ and ‘Sneakers’. Then he would find himself in yet another Harrison Ford movie, playing the younger version of the famous archaeologist in ‘Indiana Jones and the Last Crusade’.

Phoenix wasn’t above small, independent movies either. He co-starred with Keanu Reeves in Gus Van Sant’s highly acclaimed ‘My Own Private Idaho’, where he played a gay street hustler. Phoenix was both watchable and likeable in almost every performance. It’s not hard to imagine that many of today’s roles that go to stars like Leonardo DiCaprio (who in fact took the lead in movies Phoenix was attached to, most notably ‘The Basketball Diaries’) or even River’s younger brother Joaquin, would have wound up in his hands. At the time of his death, Phoenix was already a popular actor. He was well on his way to becoming a great one.

John Candy was only 43 when he died. Compared to James Dean or celebrities in the 27 Club, 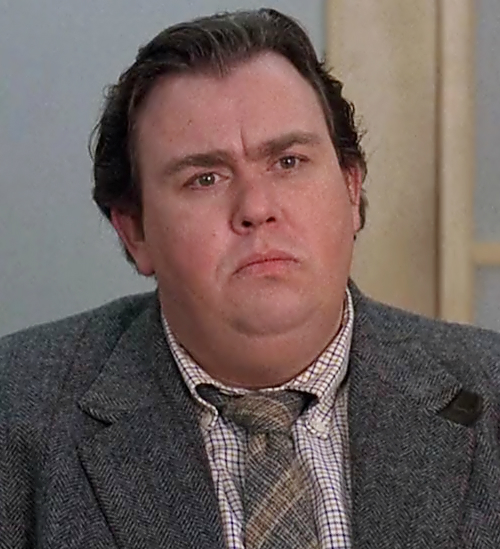 I know that seems old, but from the point of view of someone in his mid-30s, 43 is far, far too young. Fortunately for us, Candy packed a lot of memorable roles into his relatively short life. Nevertheless, I can’t help but think of all the parts we missed out on seeing him play. Imagine the warmth and humor he would have brought to roles as a parent, or later, god willing, as a grandparent. Those are movies I would have liked to see. 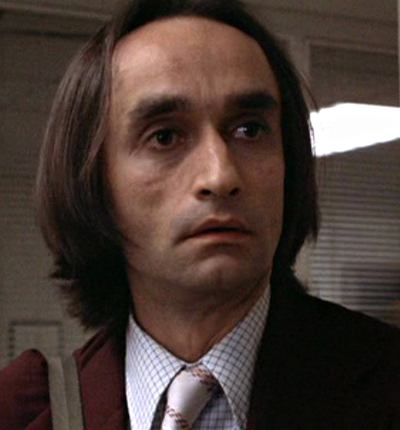 For me, one name stands above all the others: John Cazale. He never had a leading role, but in the five films he made (three directed by Francis Ford Coppola), he proved capable of playing with the best, including Gene Hackman, Al Pacino, Robert De Niro, Meryl Streep and even Marlon Brando. Most people remember him as Fredo Corleone in the first two ‘Godfather‘ films, but for me his best performance will always be as Pacino’s pre-transgender lover in ‘Dog Day Afternoon‘. The man had incredible depth and his death from cancer at age 42 was one of the worst losses in film history.

Count me among the people who find Bruce Lee fascinating even now, some 50 years after his death. 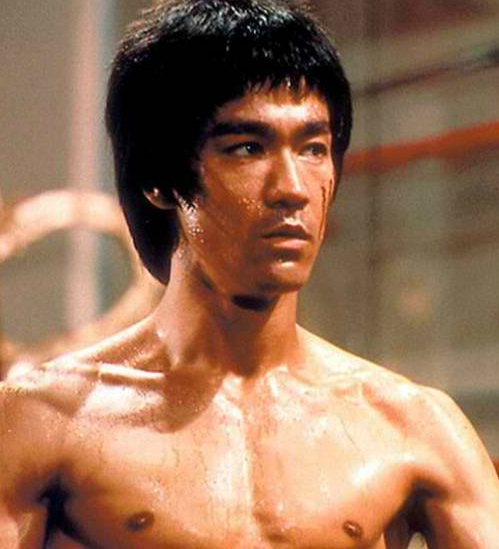 The recent announcement that Lee would be included in the new ‘EA Sports UFC’ just confirms that the man has spent more time as a cultural icon than he did living. He made some amazing movies and developed martial arts in ways that are worthy of study on their own, but it’s the uncompleted projects that come to mind for this Roundtable. Starting with the unfinished ‘Game of Death’, it’s hard not to feel robbed of serious creative output by the man’s early passing. It’s also difficult not to speculate how the acting career of Brandon Lee would have gone had either father or son lived to be 40. 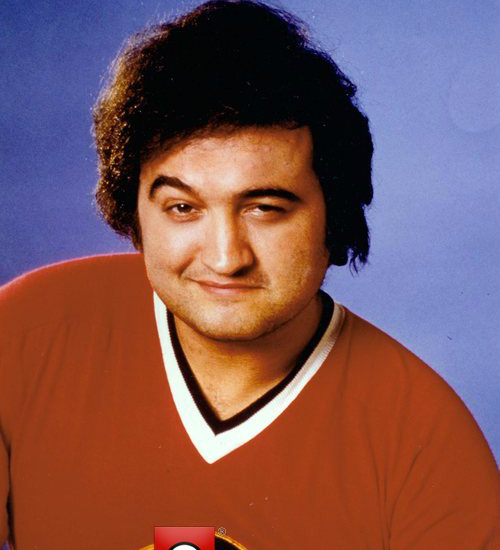 Even though he died before my second birthday, my pick is John Belushi. I was fortunate that my parents raised me on some of his classic ‘Saturday Night Live’ sketches (long before the show became the bloated bore-fest that it is now). Some of those include the “Samurai Delicatessen” and “Cheesebuger Cheeseburger Cheeseburger…” Google them if you haven’t seen them. ‘SNL’ was a lot funnier when it wasn’t trying so hard.

Later in life, I got to know ‘The Blues Brothers‘ and ‘Animal House‘. The guy was fantastic! His early death not only left a void in a solid career, but left us with his brother Jim. *shudder*

Hollywood has had plenty of blonde bombshells that died too young, such as Marilyn Monroe or Jayne Mansfield. 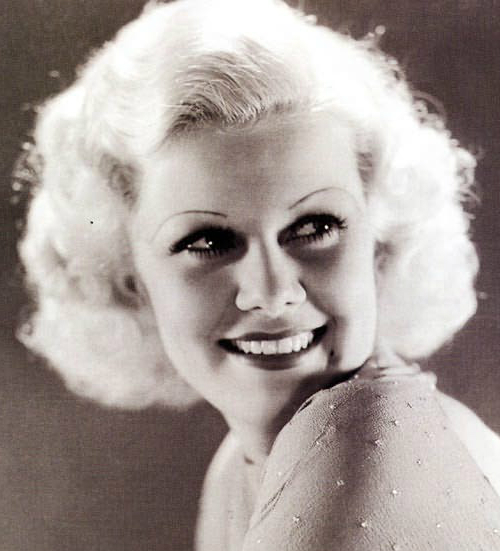 (Some might even include Anna Nicole Smith.) But Jean Harlow, who was just 26 when she died, intrigues me the most. I think she had the greatest depth of acting potential that we missed out on.

One of my favorites of hers was ‘Dinner at Eight’, where she plays a status-grubbing terror of a woman. It would be easy to dismiss this crass hussy of a character, but Harlow brought a sparkling vulnerability and humanity to the character that allowed you to find humor, pity and relatability. ‘Dinner at Eight’ also features one of the best closing lines of all time. Just in case you thought women calling other women whores at the dinner table started with Jackie Collin’s trashy novel ‘Hollywood Wives’, this is how they did it in 1933:

Kitty (Harlow): “I was reading a book the other day.”
Carlotta: “Reading a book!”
Kitty: “Yes. It’s all about civilization or something, a nutty kind of a book. Do you know that the guy said that machinery is going to take the place of every profession?”
Carlotta: “Oh, my dear, that’s something you need never worry about.” 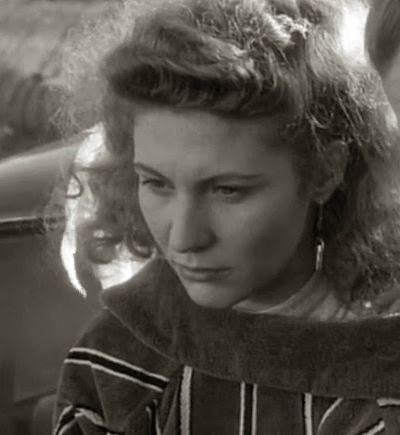 The name Solveig Dommartin may not leap immediately to the minds of many of this blog’s readers, but the actress was the radiant beauty at the heart of Wim Wenders’ masterpiece ‘Wings of Desire‘. She became romantically linked with the director, and later co-wrote and starred in his ambitious, flawed sci-fi road movie ‘Until the End of the World’ (which was kind of a mess in its 1991 theatrical cut, but plays much better in a five-hour miniseries version only available on home video in a DVD from Italy). When the relationship ended a couple years later, so did her film career for the most part.

An obituary in The Guardian describes the actress as “a veritable bundle of energy, a boisterous and extrovert young woman who was always the last to leave the hotel bar.” She died of a heart attack in 2007, at the age of either 45 or 47. (Her actual birth date is in some dispute.)

Already a very melancholy film, it breaks my heart to watch ‘Wings of Desire’ and be reminded of the loss of Dommartin’s talent.

How much have you been affected by the death of a favorite actor or actress? Tell us in the Comments.