Talk about breastfeeding! I just saw the doofy looking guy from Starcrash get gnawed to death by a lady-demon’s boobs.

It’s hard to write about Mausoleum without yammering on and on about breasts. This 1983 trashterpiece does, after all, star former Playboy Bunny Bobbie Bresee. For half the movie, Bresee is either fully nude or millimeters away from spilling out of her top. You see, when her character Susan was a teenager, she wandered into a mausoleum and succumbed to a longstanding family curse. A demon named Nomed (get it?!) possesses Susan every so often, leaving her consumed by a murderous bloodlust as well as the regular ol’ kind of lust. 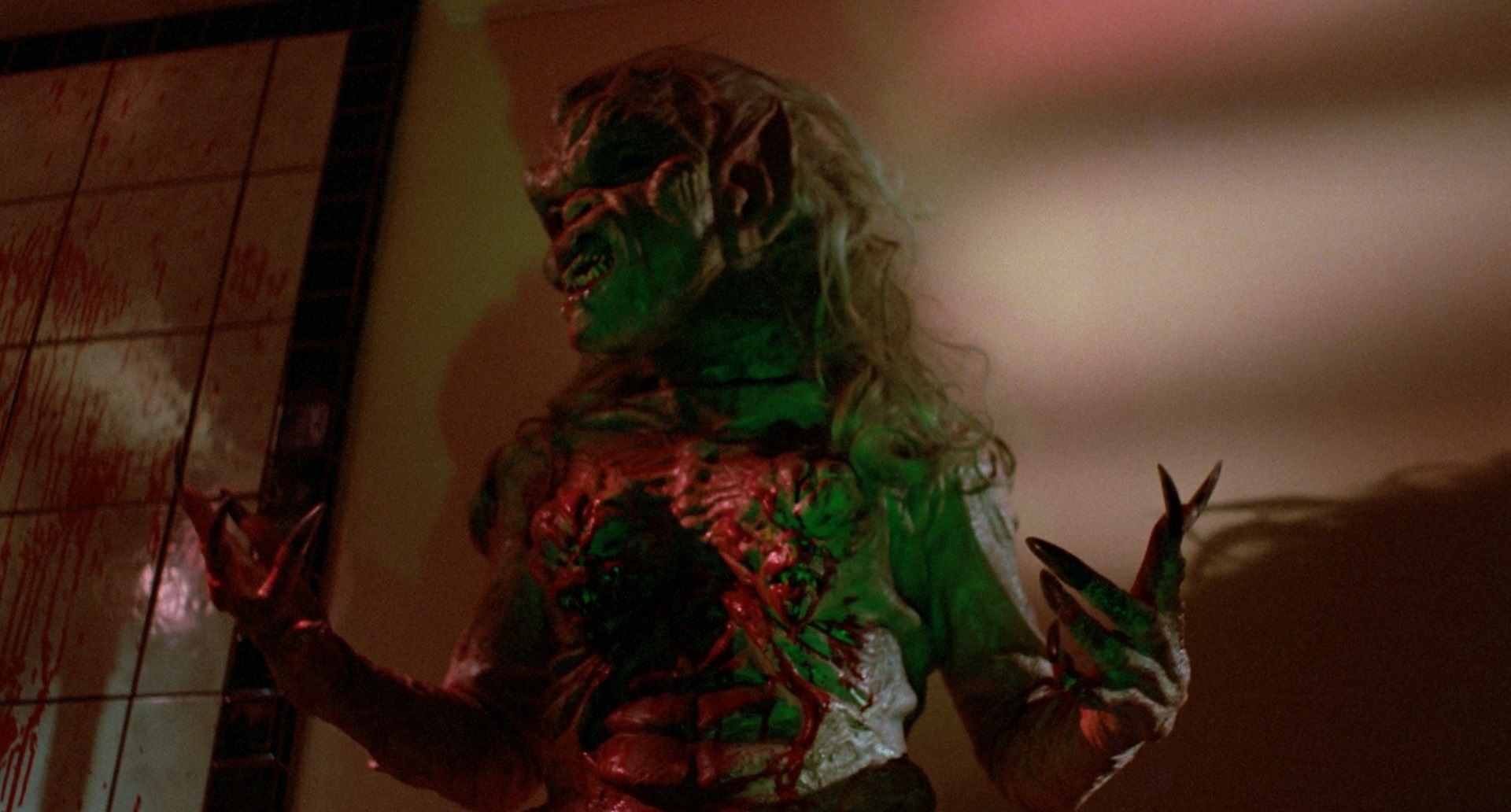 That’s about it for the plot. Why is Nemod possessing Susan once again after twenty years of dormancy? Beats me. Is there some kind of endgame that the demon is pursuing? No idea. Nor is there much rhyme or reason to Susan’s killing spree. Seducing and slaying, sometimes it seems as if this sinister force is indulging her darkest desires. Other times it’s more clearly revenge on those she believes have wronged her. Occasionally, there’s no provocation whatsoever, other than that it’s been a few minutes since the last poor schlub’s chest exploded mid-air. 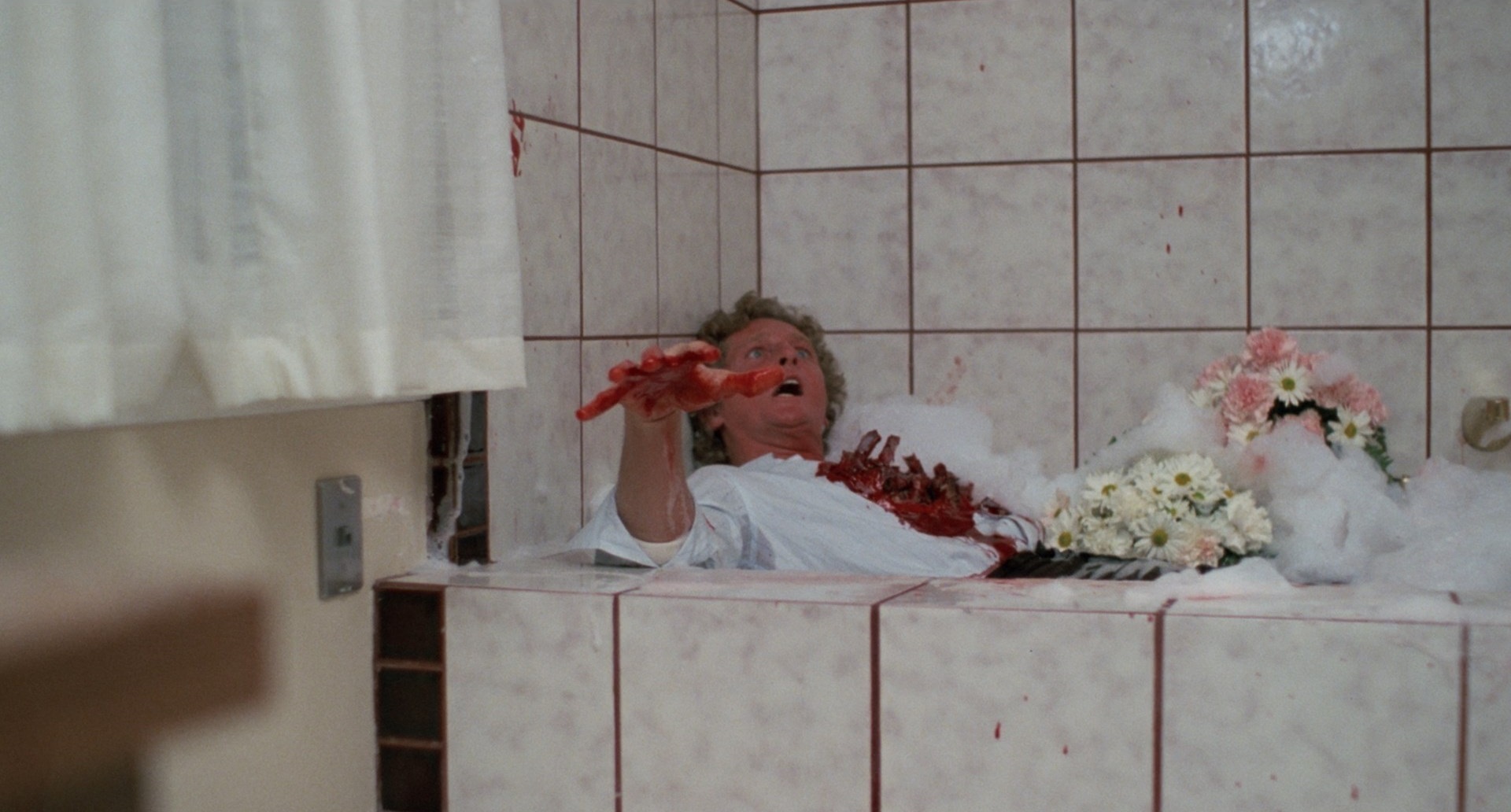 The movie has a thick tome overflowing with lore and backstory, although we’re not privy to it. Is there any hope of breaking this many-generations long curse on the firstborn women of Susan’s family? Sure! Plop a crown of thorns on her head. Says so right there in the diary. Surely there has to be some kind of epic, impossibly dangerous quest to retrieve this crown, right? Nah. It’s just hanging on the gate of the mausoleum. Okay, well, there’s no way that Nemod will go gently into that good night, undoubtedly putting up a hell of a fight to prevent the crown from being placed atop its head? Eh, not really. So why didn’t anyone in Susan’s bloodline take care of this decades ago? 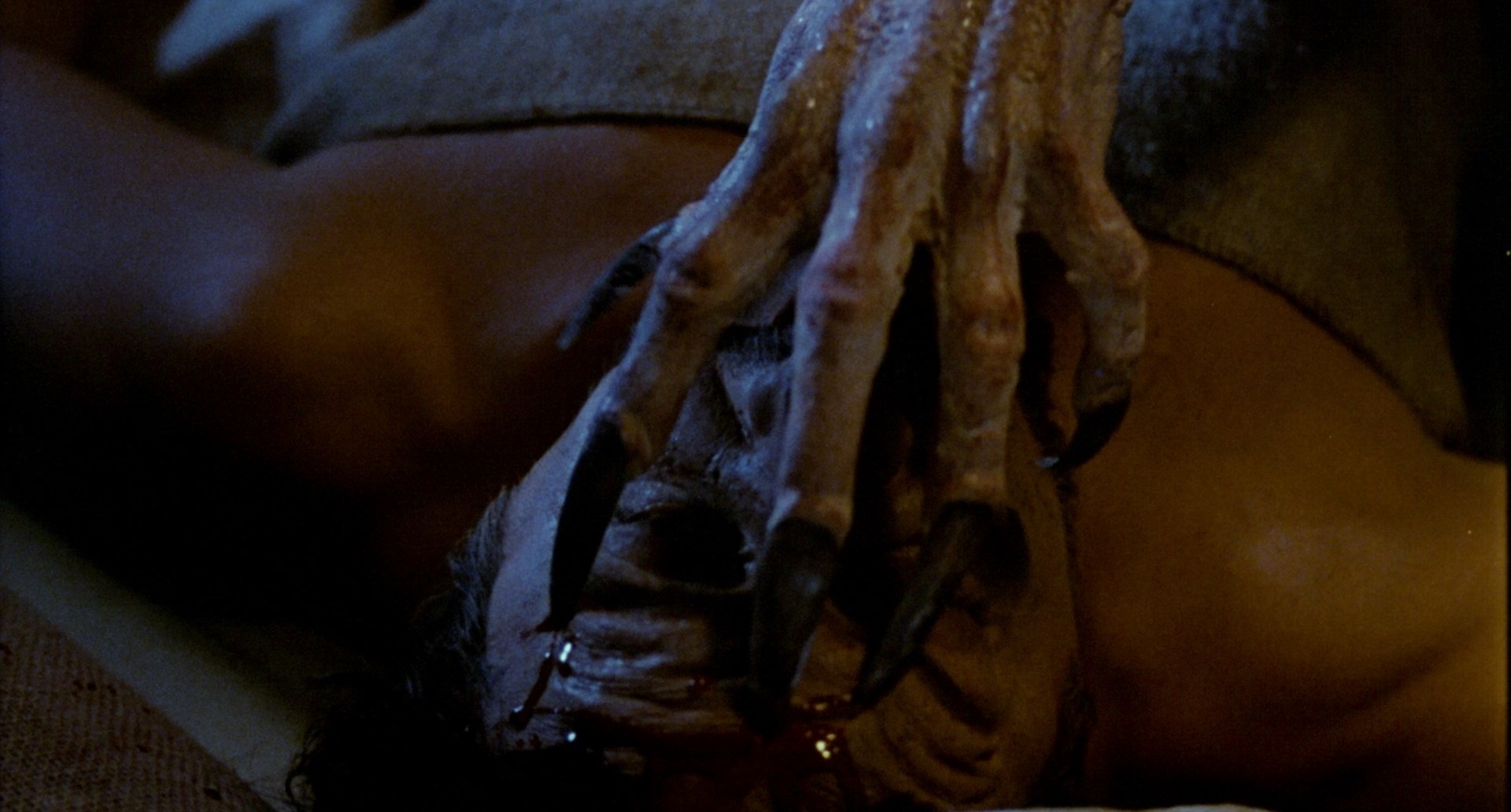 What Mausoleum lacks in logic or coherence, it makes up for with Joe Bob Briggs’ holy trinity: blood, breasts, and beasts. Nemod’s chest alone gets you all three of those in one fell swoop. The makeup effects by John Carl Buechler (Ghoulies; A Nightmare on Elm Street 4) hold up all right these many decades later, with all those bursting body parts and demonic claws. Bobbie Bresee doesn’t really pass for the 30-year-old she’s supposed to be playing, but she still looks phenomenal and is eager to show off every square inch of what she’s got. There’s also a “Wait, what??” twist at the end that I can’t begin to understand.

The absolute greatest thing that Mausoleum has going for it is Sanford and Son‘s LaWanda Page as Susan’s housekeeper. Elsie may be the comic relief, but she’s the lone character in the movie with a lick of sense, and she’s the only one to truly walk away unscathed. Actually, you get to see her scamper away unscathed twice! 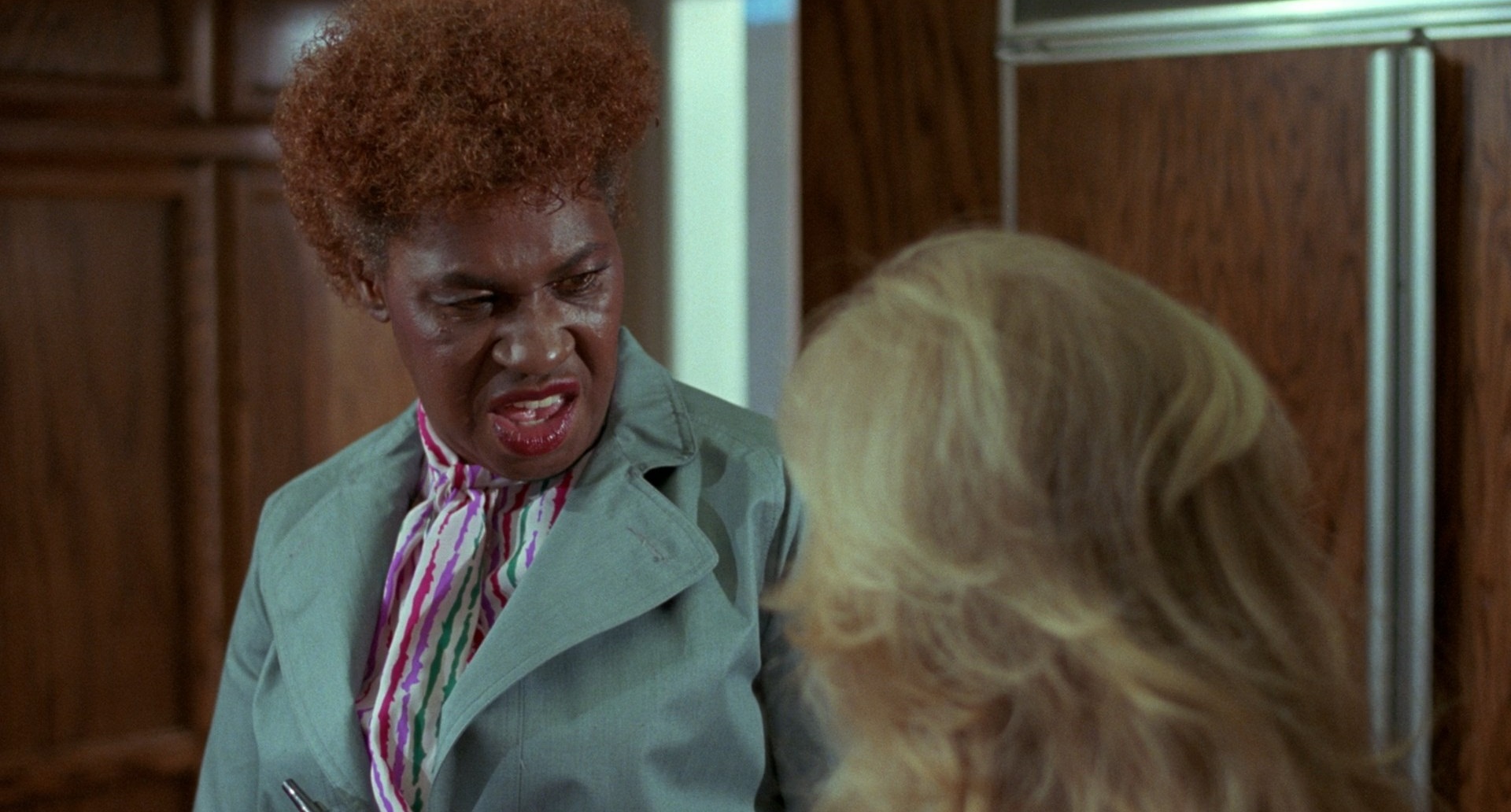 Despite being at least twenty minutes too long, this hysterically inept, unapologetically over-the-top misfire is the right kind of terrible. Vinegar Syndrome has just brought Mausoleum to Blu-ray, with a shiny new 4K remaster and an interview with creature creator John Carl Buechler. It’s also streaming on Prime Video, though that’s an older, uglier, standard definition presentation from Code Red. Oh, and the streaming version is cut, so you miss out on the full glory of the explosive makeup effects. I guess what I’m saying is that you really ought to pony up for Mausoleum on Blu-ray.