'Alien: Out of the Shadows'

To celebrate the 35th Anniversary of Ridley Scott’s sci-fi masterpiece, Titan Books is releasing a large collection of tie-in novels set in the ‘Alien’ universe. ‘Out of the Shadows’ by Tim Lebbon is the first in an original trilogy that expands upon the film mythos conceived by Dan O’Bannon and Ronald Shusett.

The story opens on Chief Engineer Chris “Hoop” Hooper, a man we’re told has been fascinated by the idea of seeing monsters and aliens up close since childhood. He joined the mission aboard the DSMO Marion, a deep-mining freighter orbiting the planet LV178 in search of trimonite, secretly hoping he could satisfy his imagination. Seeing as how this story takes place in a universe where monsters with acid for blood exist, it’s not long before Hoop’s childhood dreams spiral into a nightmare.

Given that readers already know what the protagonist is bound to face, Lebbon is able set a bit of tension very early on. We’re taken on the a tour of the massive ship, which houses what seems to be over twenty crewmembers, people who are very chummy and in good spirits, unbeknownst of the horror that awaits them. We read page after page in suspenseful wait for the moment when a xenomorph will finally appear. It eventually does in rather spectacular fashion when drop-ships Delilah and Samson, which are used for transporting miners to the planet, suddenly crash into the Marion with little warning, except for last-minute mayday screams from the pilots. 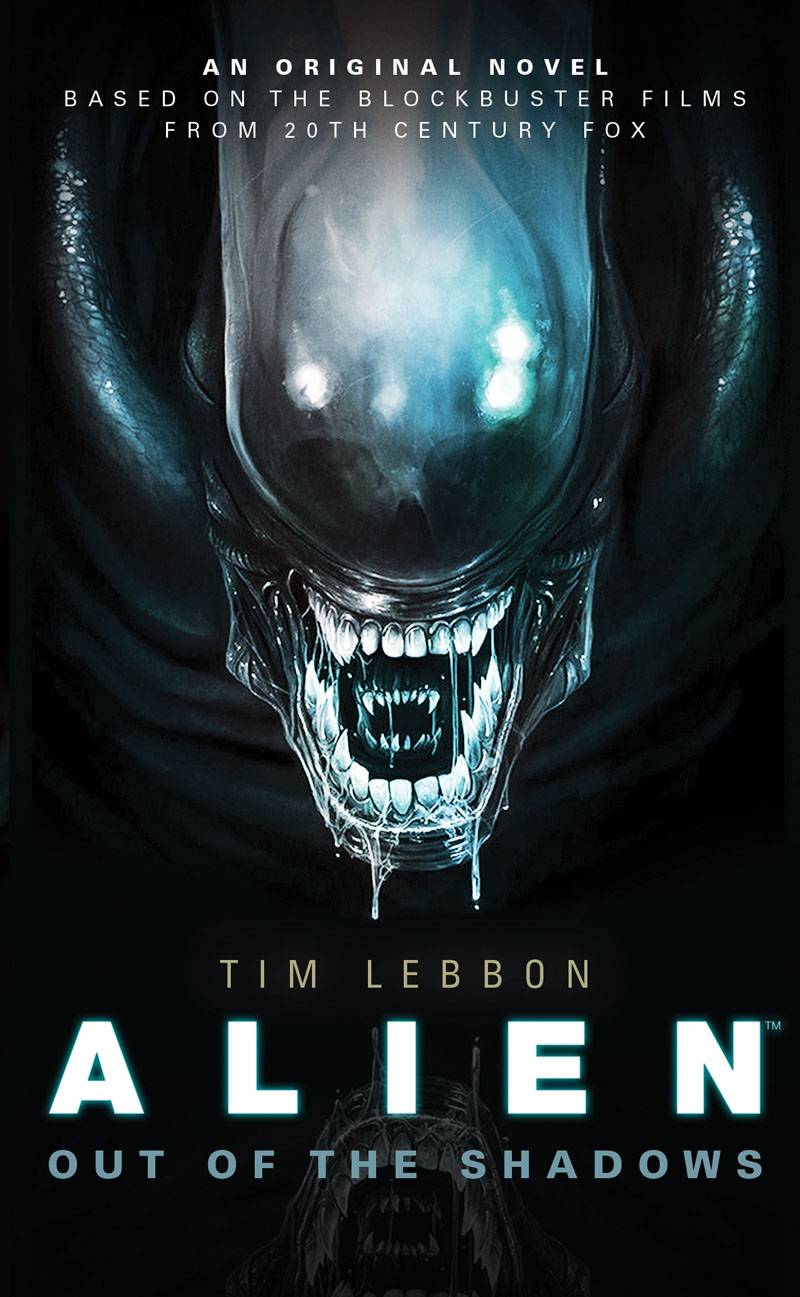 Unfortunately for Hoop and his surviving crew, they will not only confront one monster, but an entire herd of the iconic drooling monsters. All the while, the Marion is on a slow descent course set to crash land on the barren, storm-riddled planet. With escape pods completely ruined, Hoop and his crew race against time to find a way to survive and return home to Earth. Lebbon does a great job of generating a sense of urgency, panic and inevitable doom. Sarcastic, wisecracking pilot Lachance can’t stop making inappropriate jokes about their dire situation. The ship’s doctor Kasyanov is the most level-headed, while science officer Sneddon is bit too curious and fascinated by the alien creatures. Baxter, Garcia and Welford are the twitchy, anxious trio, unable to hide their fear.

At first glance, this is a rather familiar scenario: a ragtag group must learn to work together in order to survive. However, unlike other spin-off novels from the franchise, Lebbon brings one very interesting and exciting twist to the series. When things are looking their most dismal, another mysterious shuttle unexpectedly docks with the Marion, carrying none other than Ellen Ripley, who’s been in hypersleep for the last 37 years. Everyone’s only hope of surviving their nightmarish ordeal will depend on a stranger who has previously come face-to-face with the monsters.

One of the most fun aspects in reading ‘Out of the Shadows’ is undoubtedly Ripley’s return. The novel takes place during the nearly 60-year gap between the events of Ridley Scott’s ‘Alien’ and James Cameron’s ‘Aliens’, and Ripley is still fresh from her ordeal aboard the USCSS Nostromo. Interestingly, the plot and characters feel like a combination of those two stories, as a blue-collar crew battle a horde of xenomorphs when forced to walk into the belly of the beast. When the group explores the underground mines, Lebbon also expands on the mythology with discoveries of other alien beings and spaceships, similar to what we’ve seen in ‘Prometheus’, except with a slightly smarter crew.

Before anyone questions how the logic of Ripley’s unknown adventure ties into the start of ‘Aliens’, Lebbon crafts a few clever excuses to explain why our favorite film heroine doesn’t remember any of it later.

All in all, ‘Alien: Out of the Shadows’ is an entertaining read that fits nicely within the ‘Alien’ film franchise. It has some moments when things are not very well explained, like the reasons for taking a damaged elevator into the mines when there’s another at the other side where the fuel cells are stored. Aside from that, Lebbon provides some juicy details and ideas concerning the origins of the xenomorphs while adding to Ripley’s personal yet-to-be-discovered connection to the monsters. It’s a breezy but suspenseful read, and I can’t wait to see what’s in store for Ellen Ripley next.